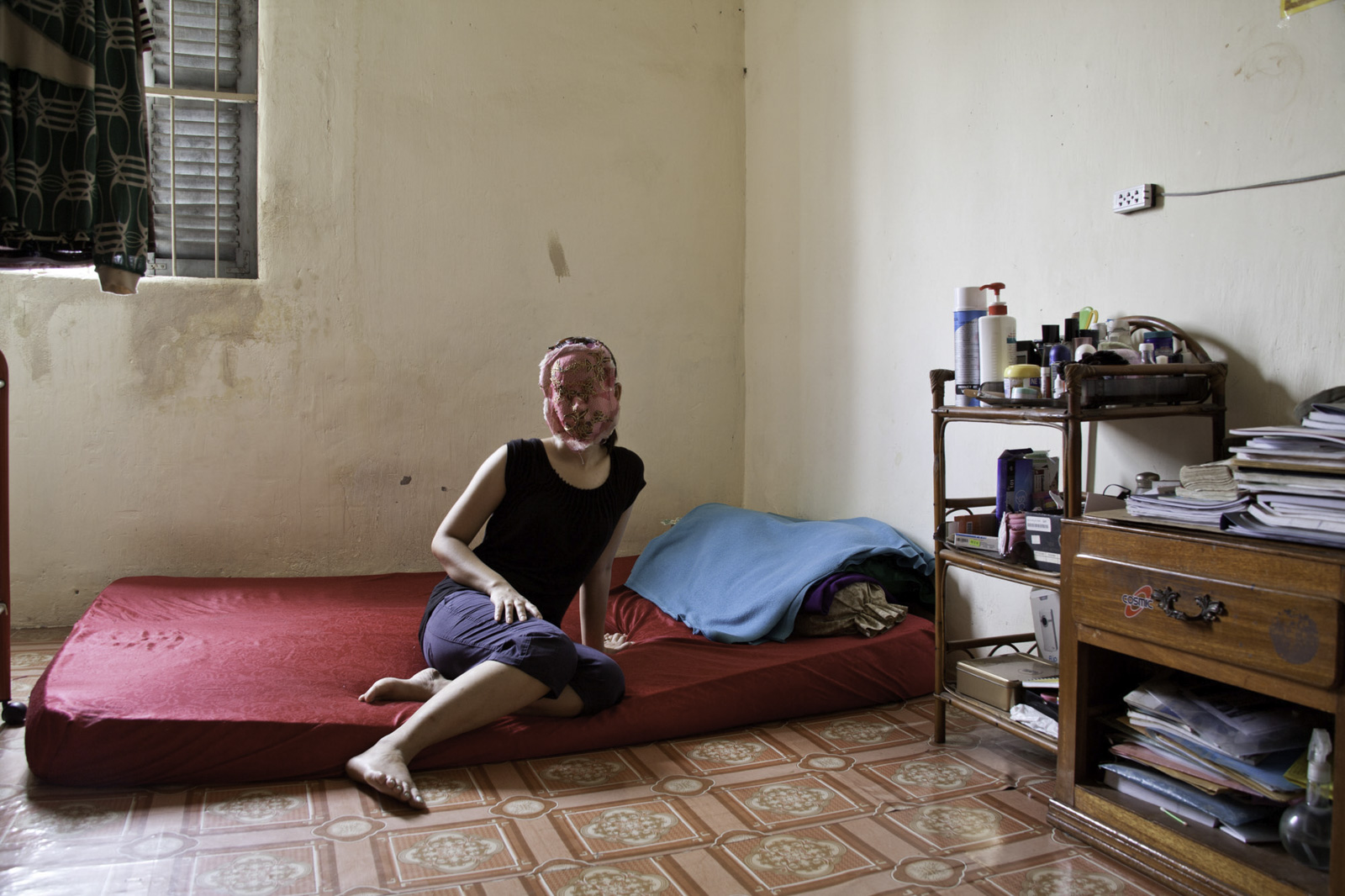 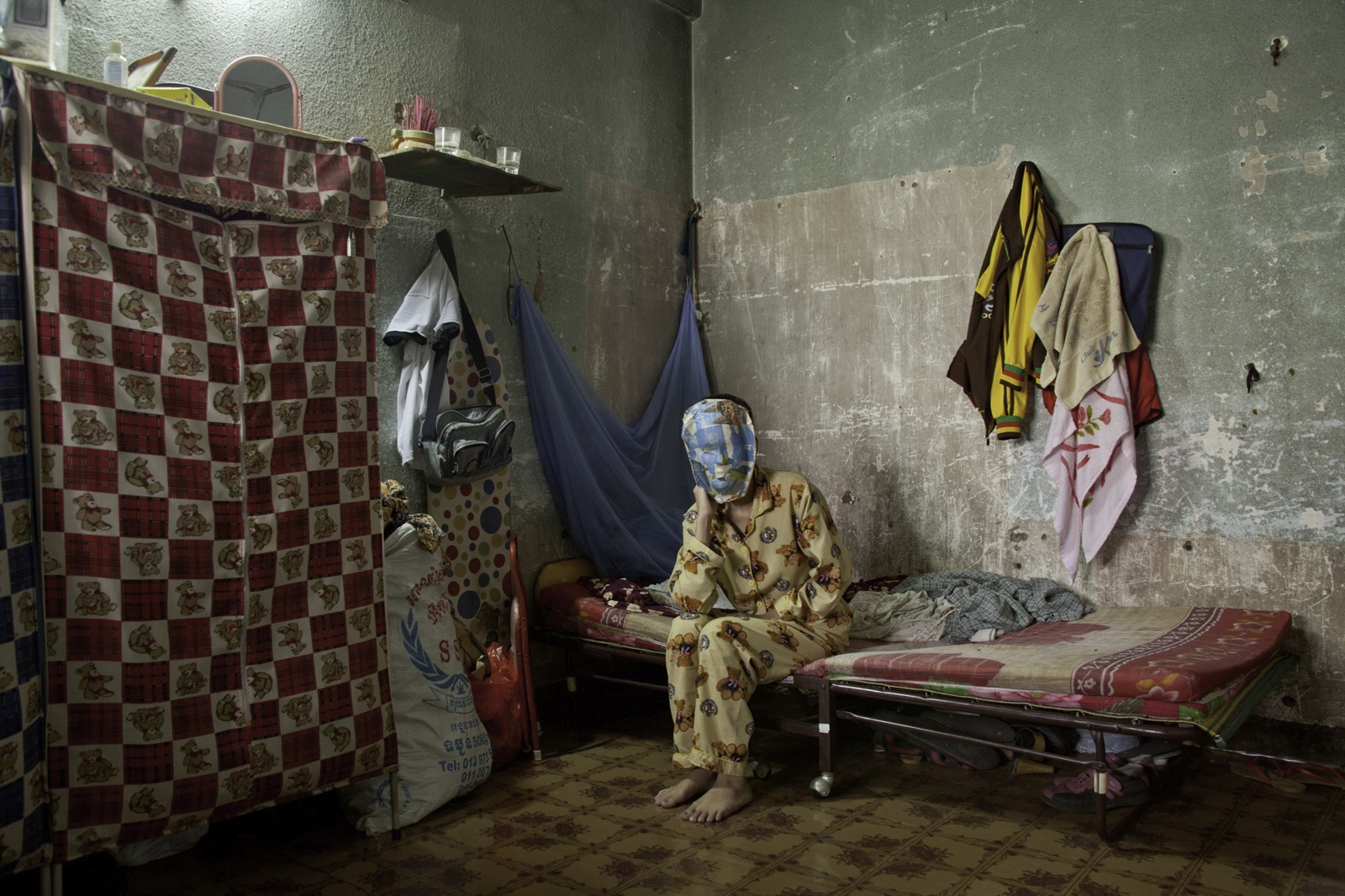 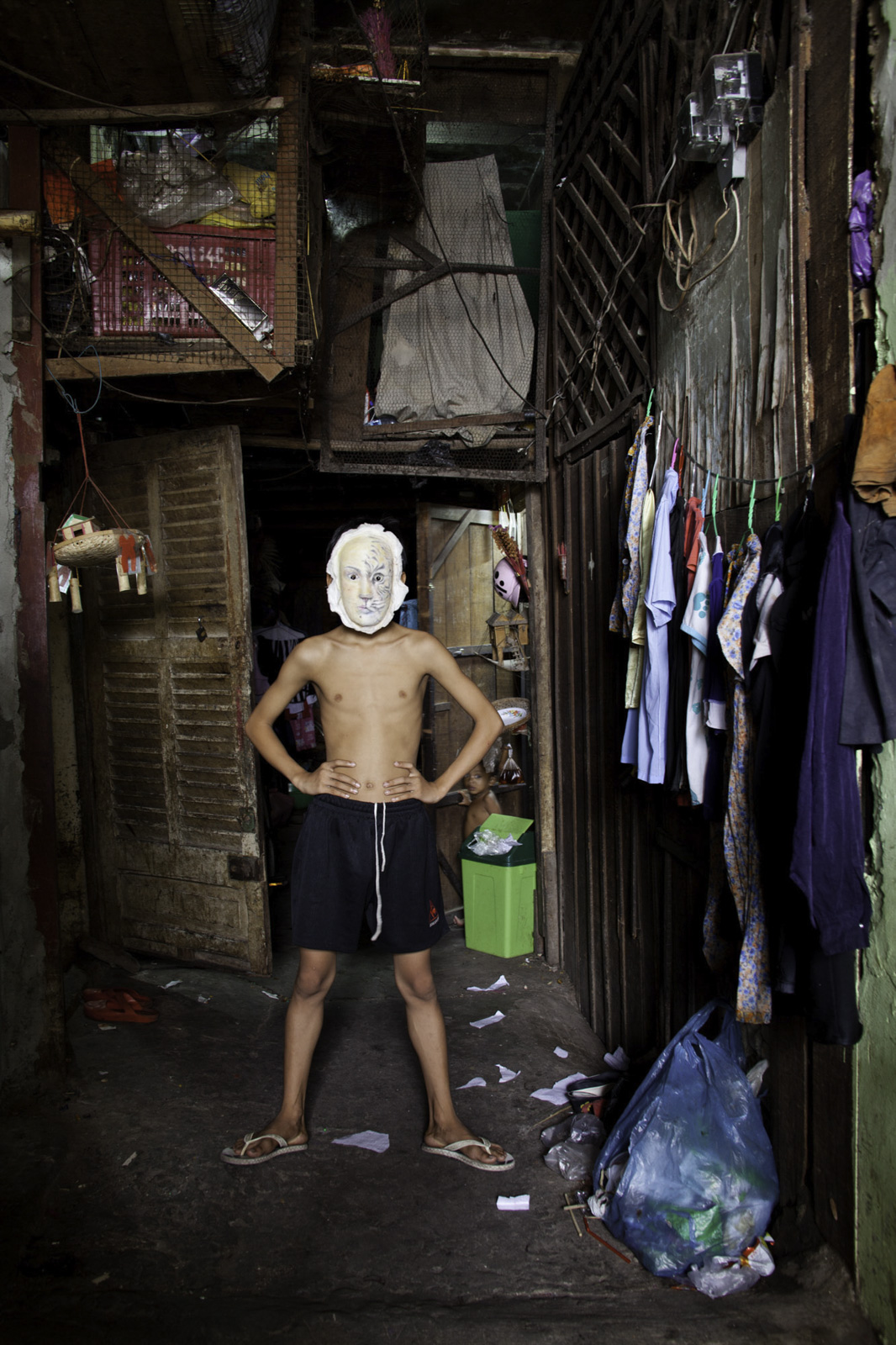 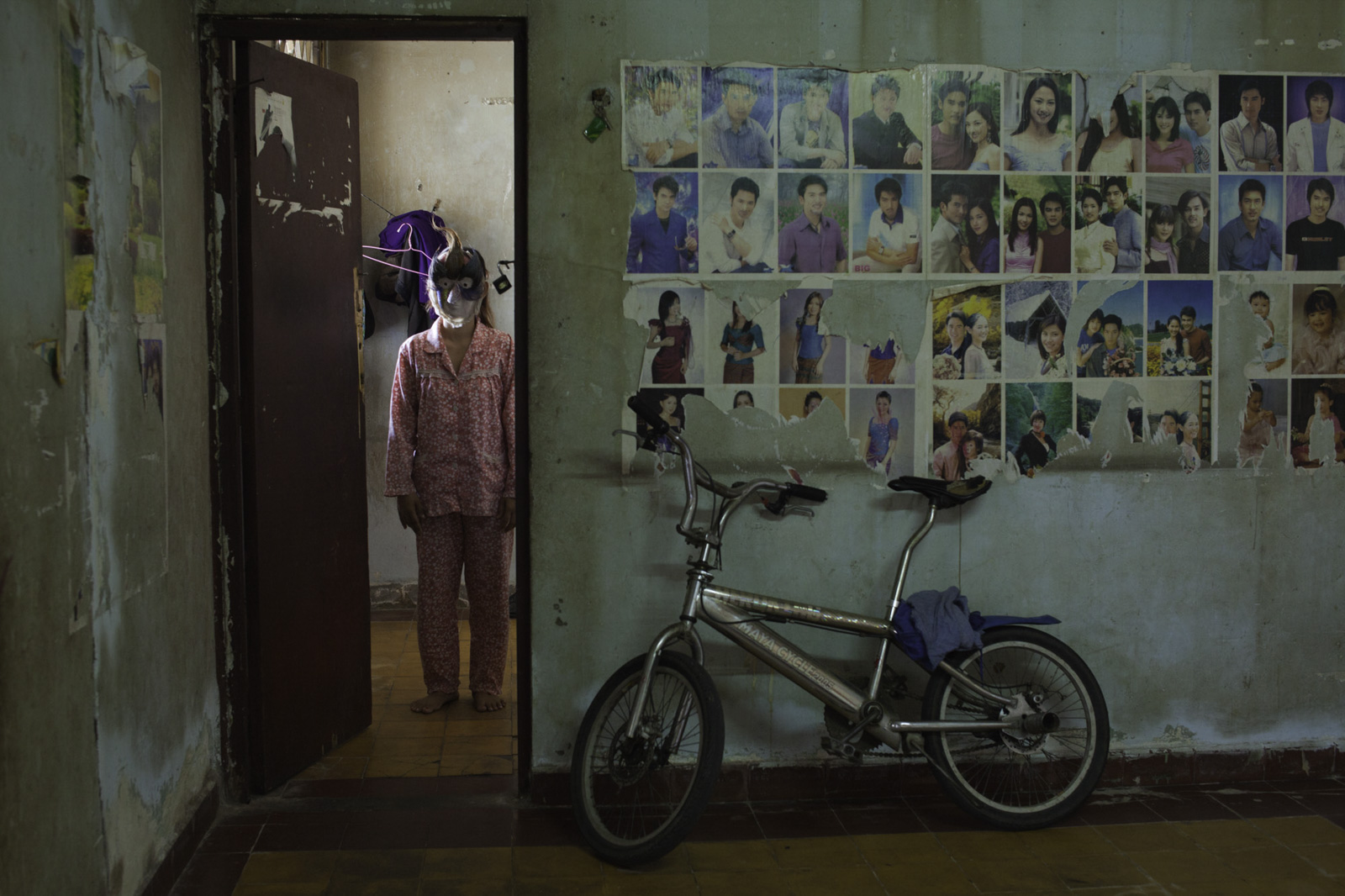 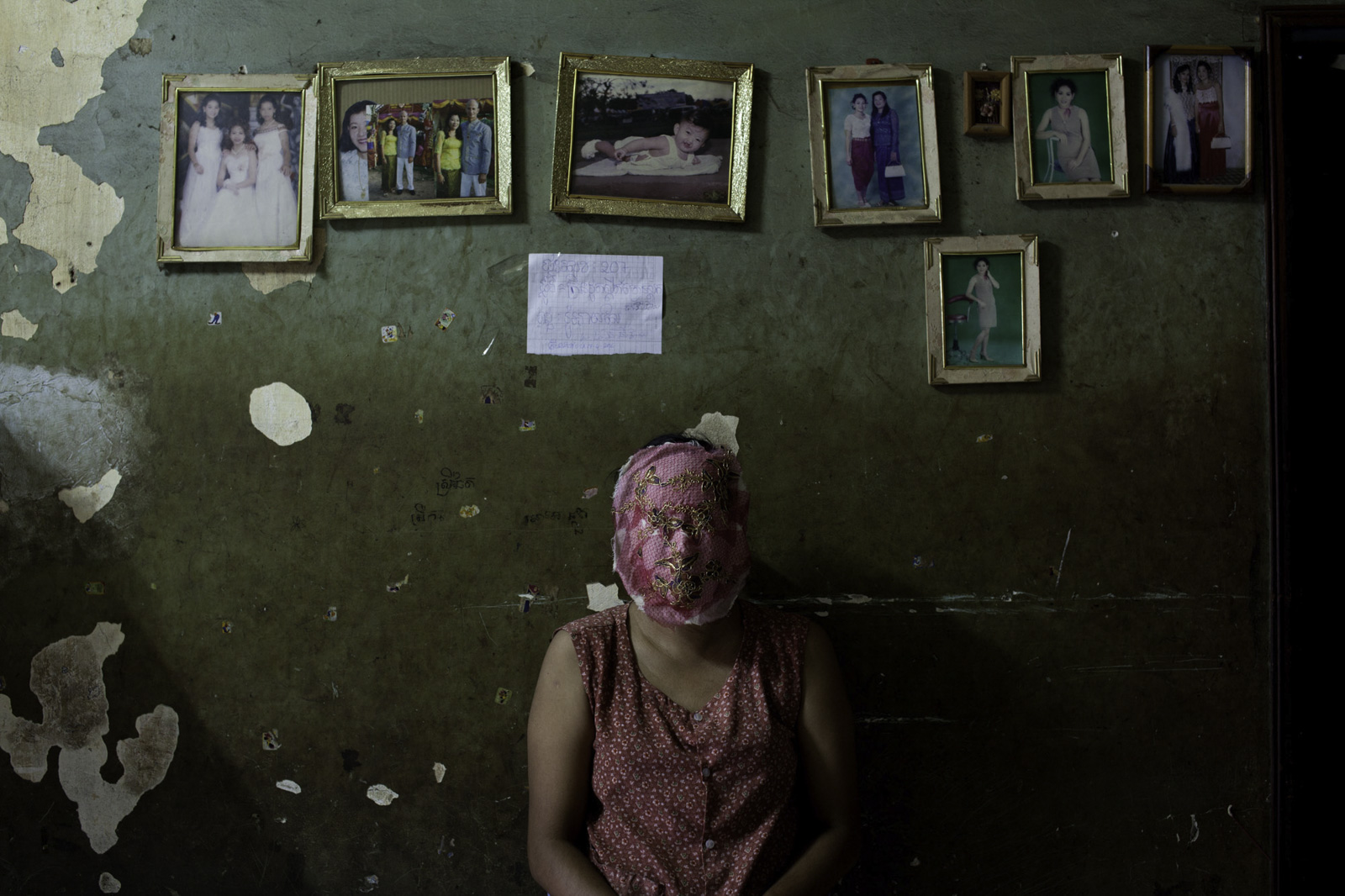 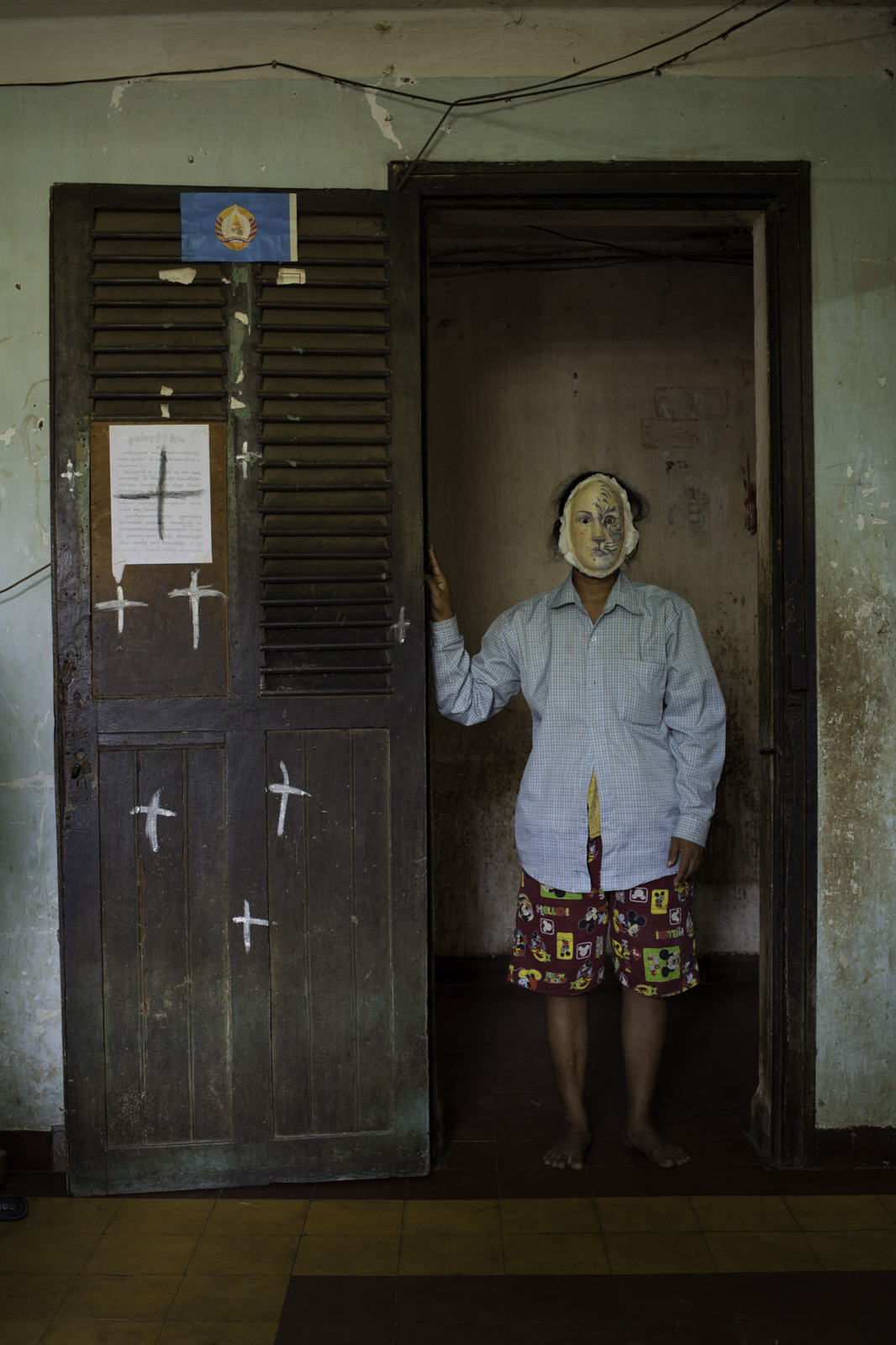 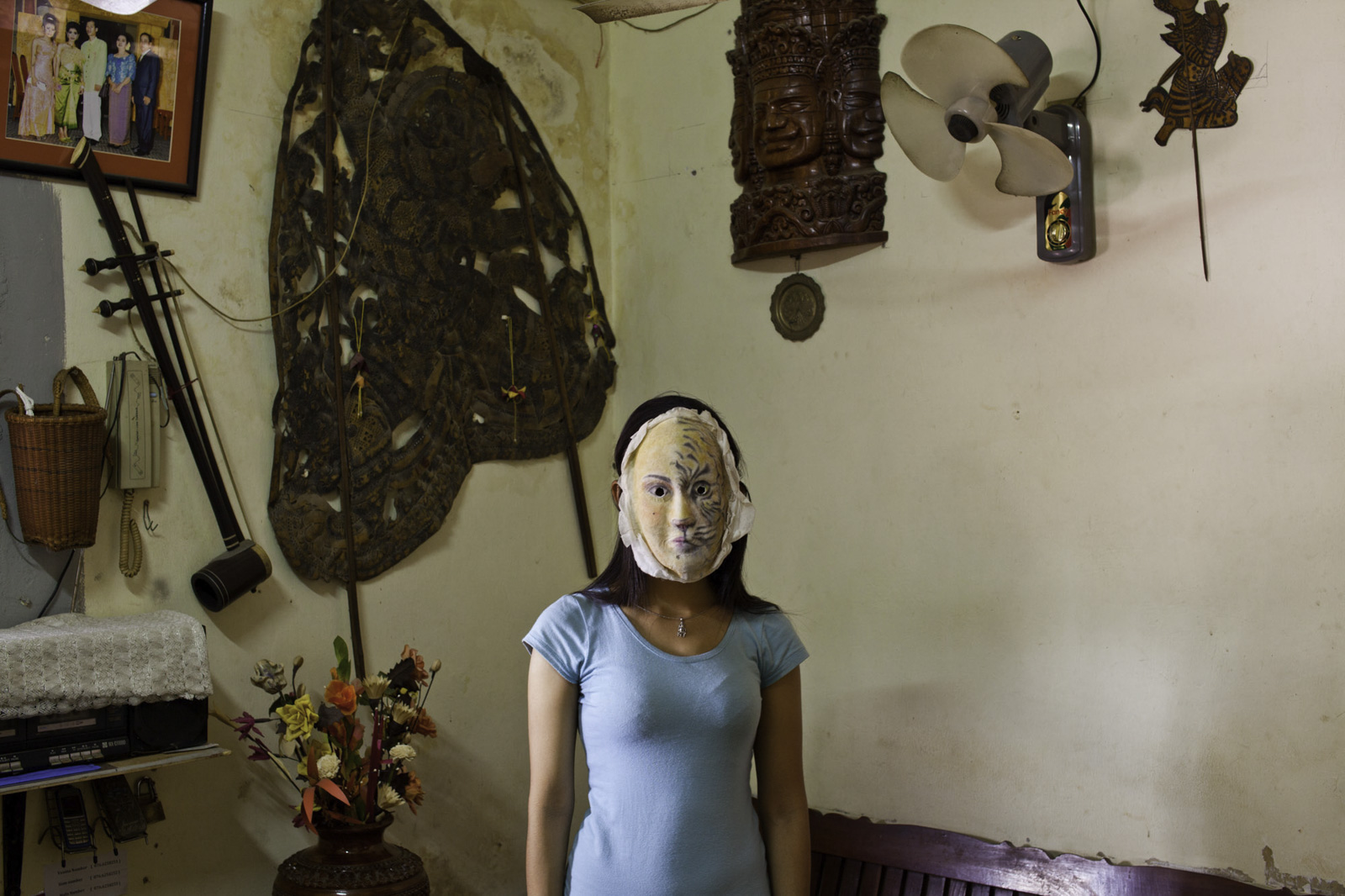 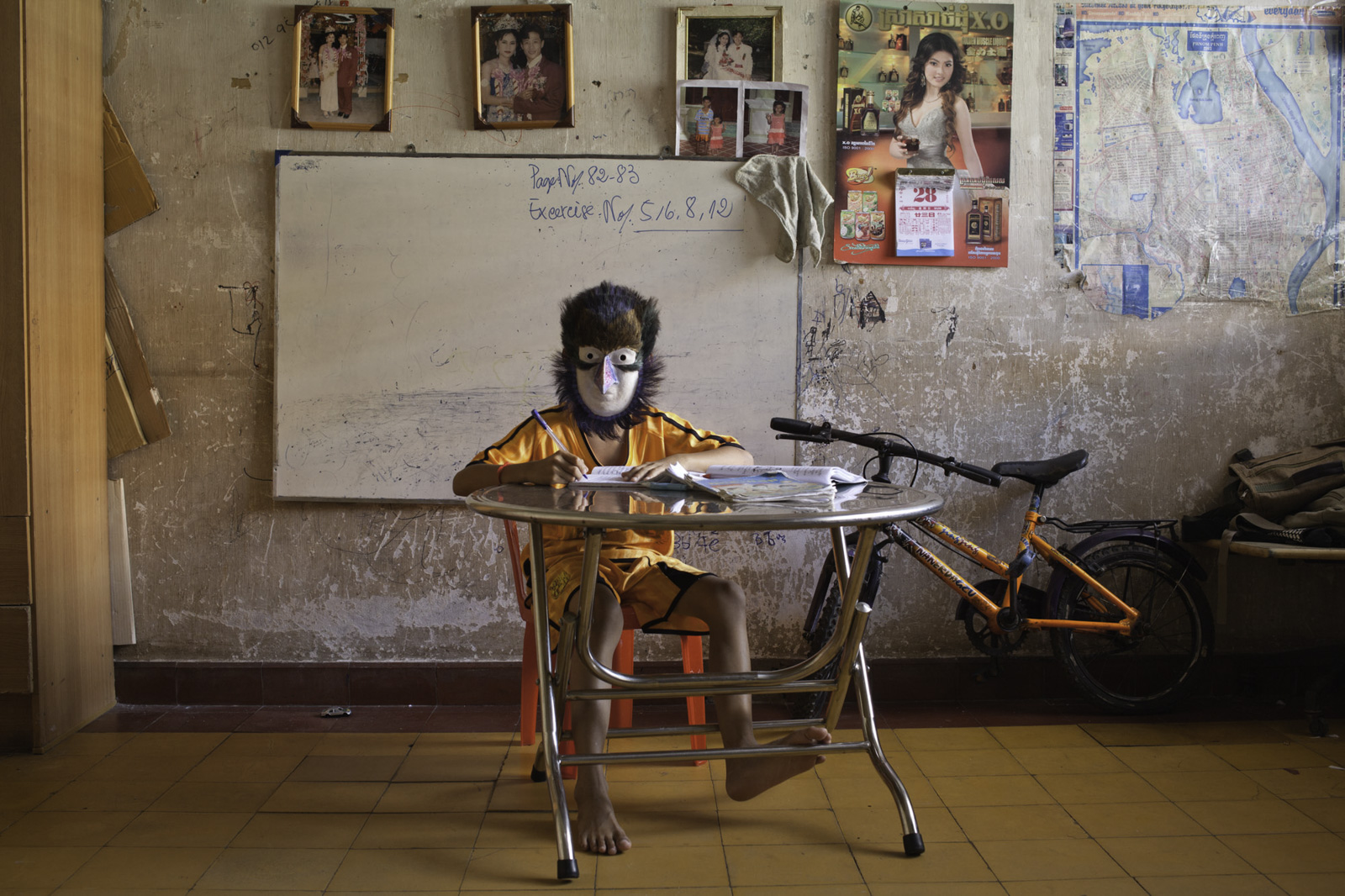 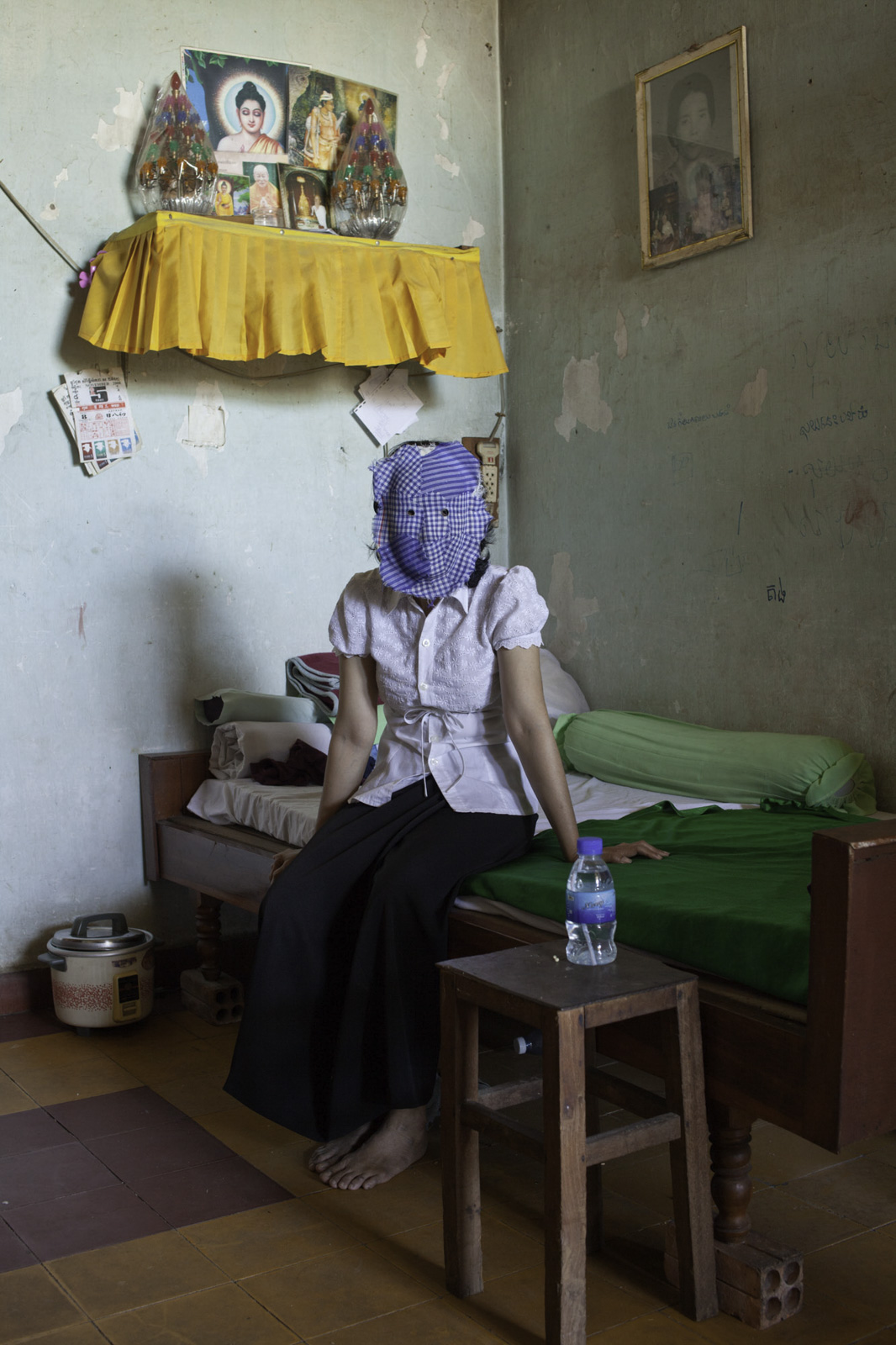 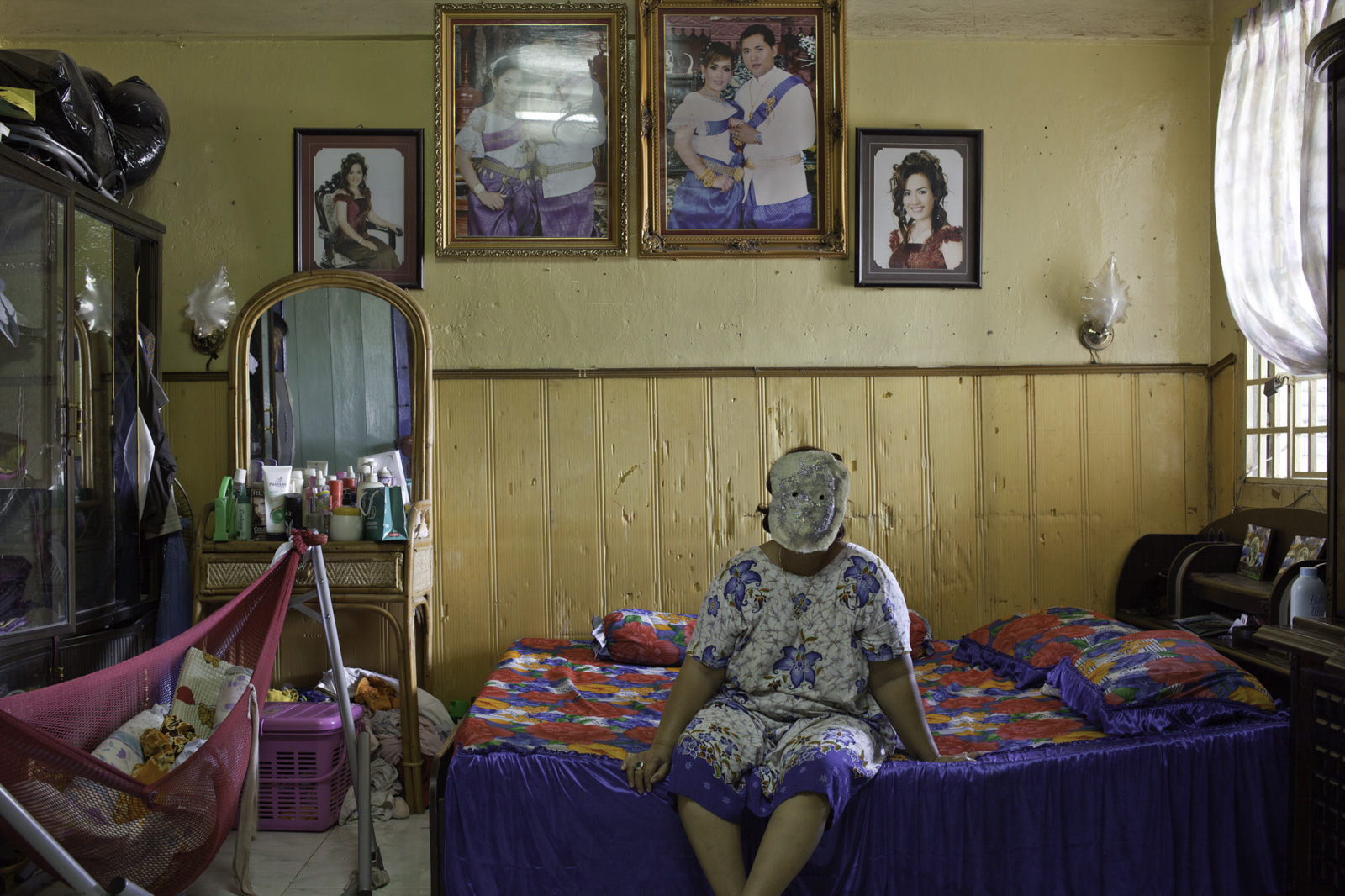 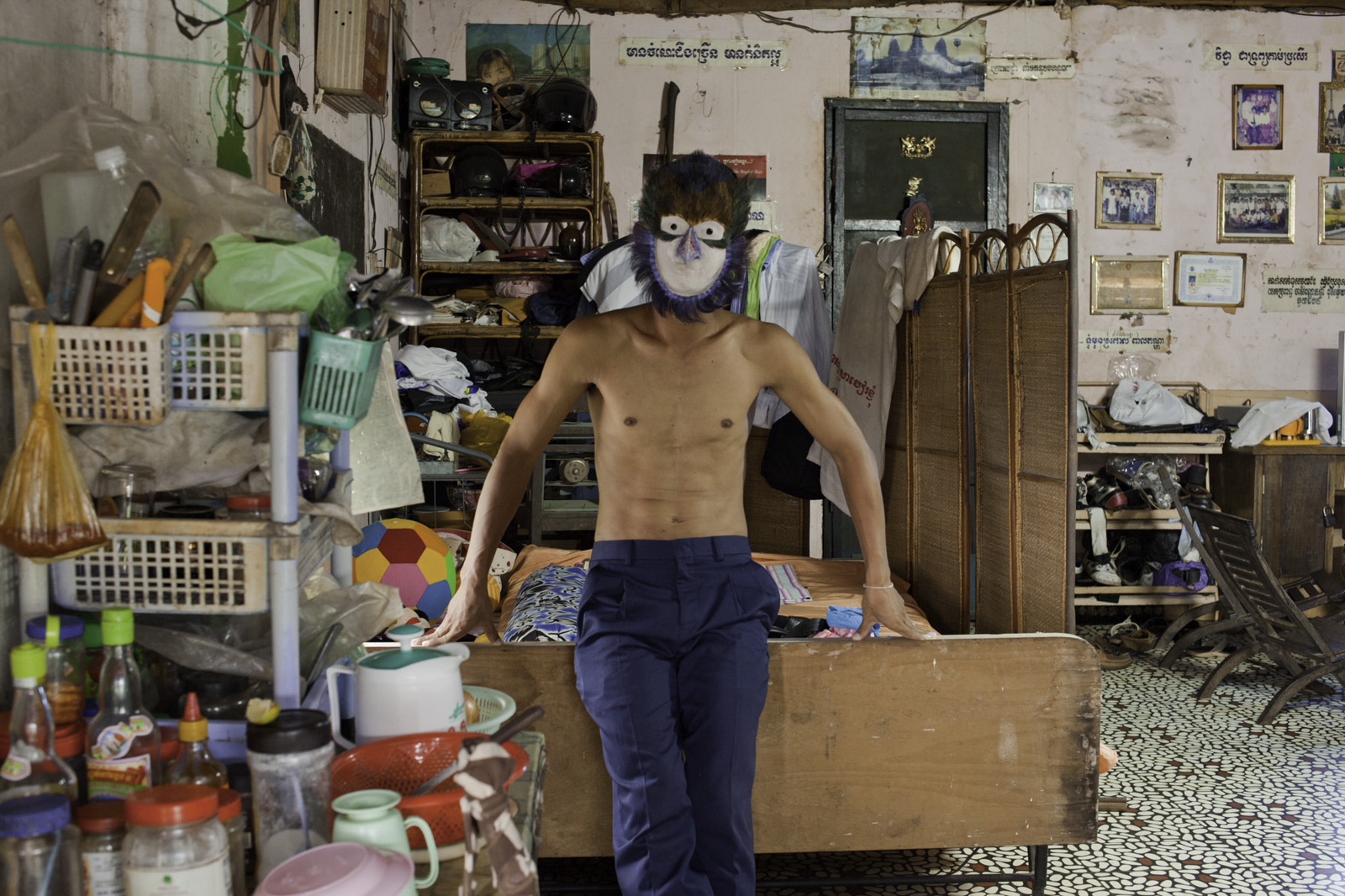 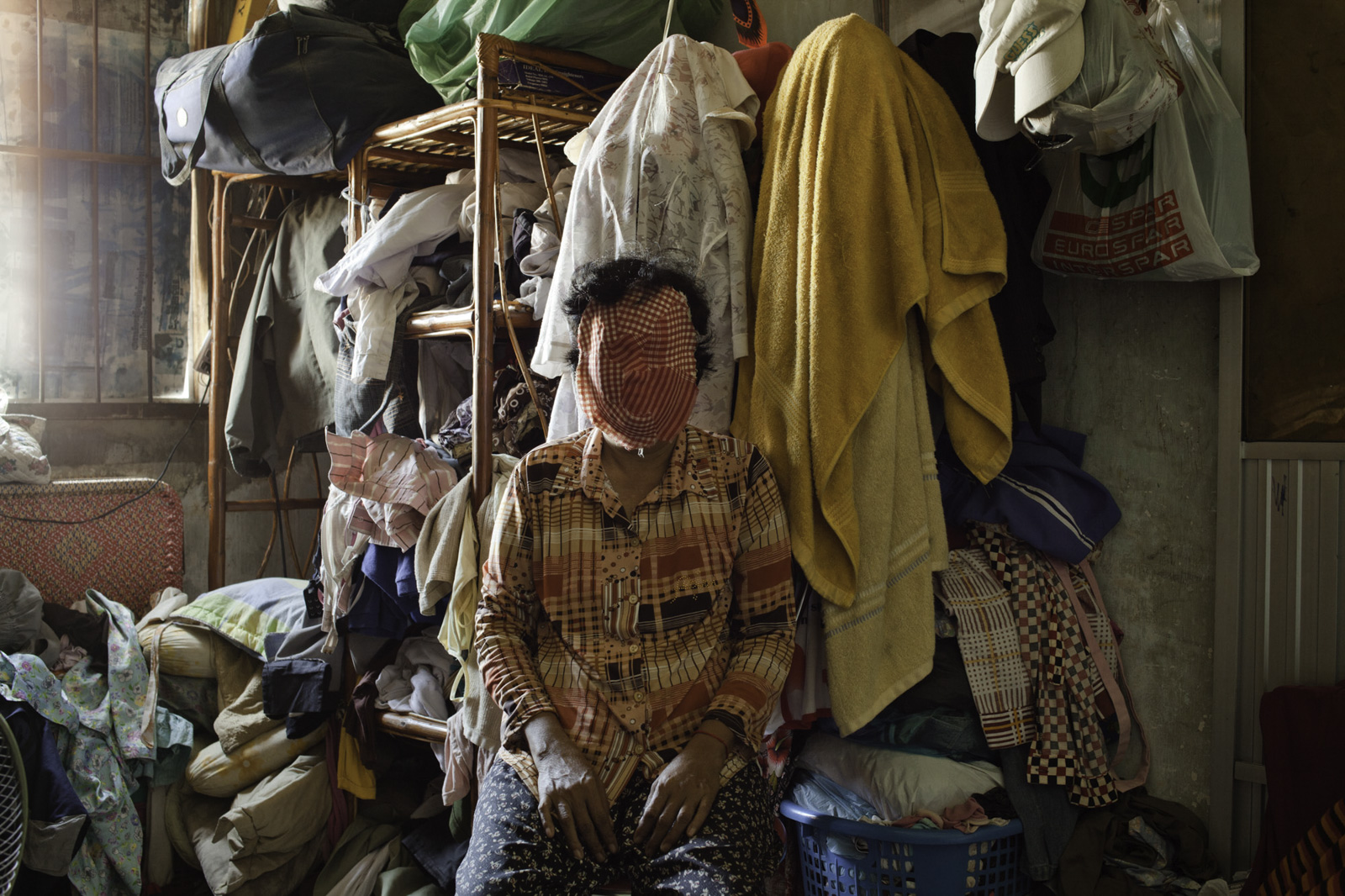 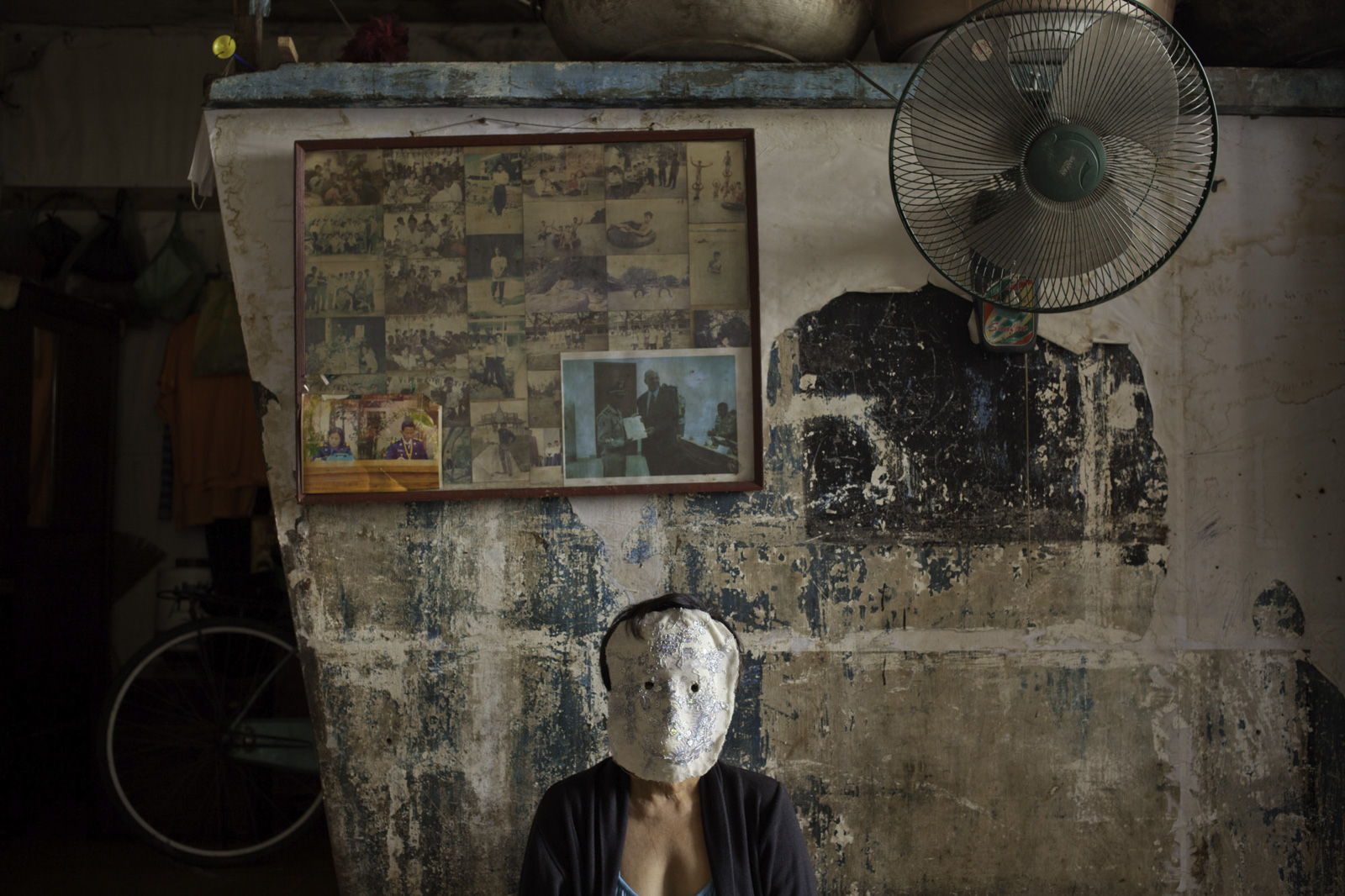 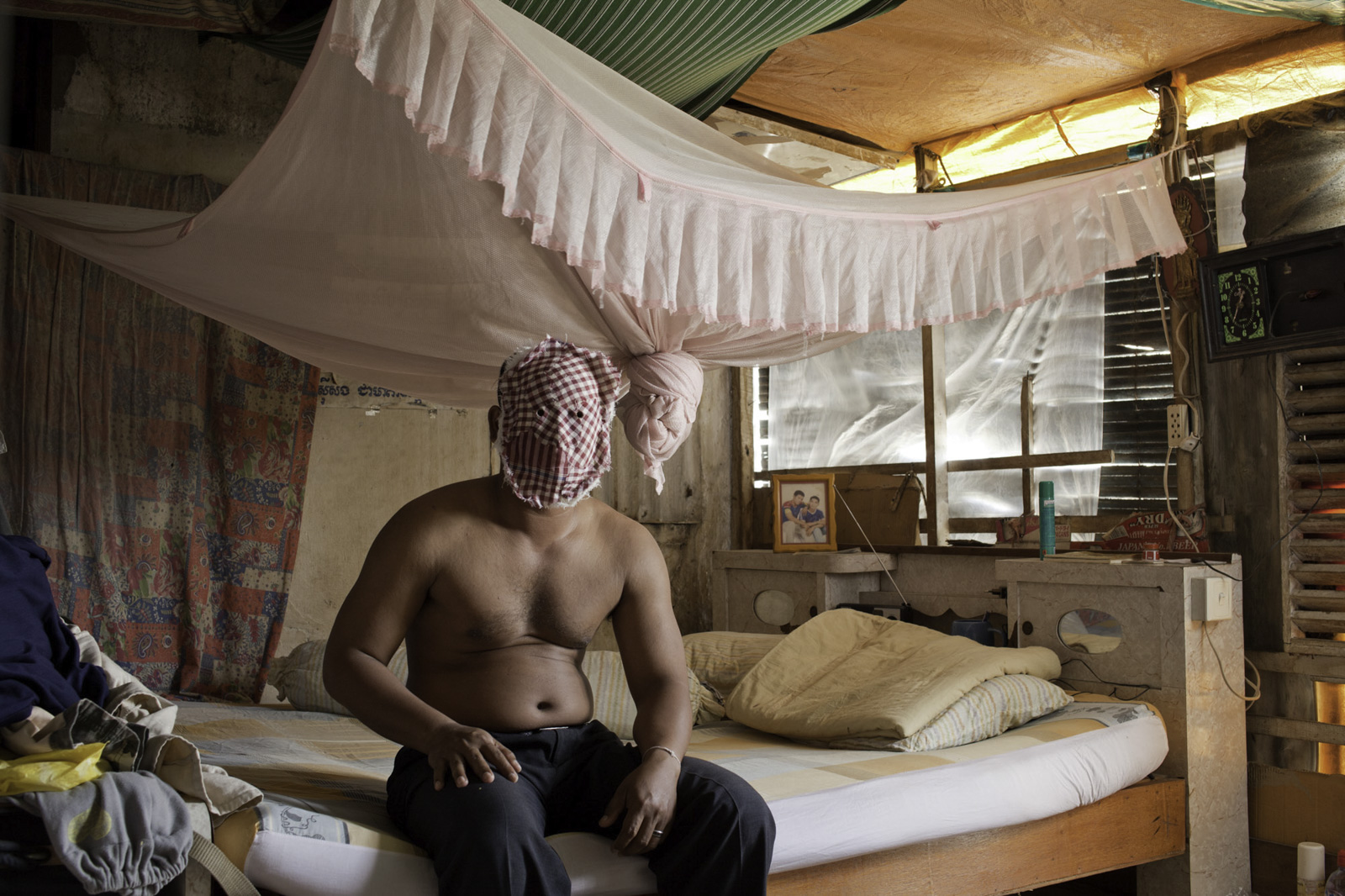 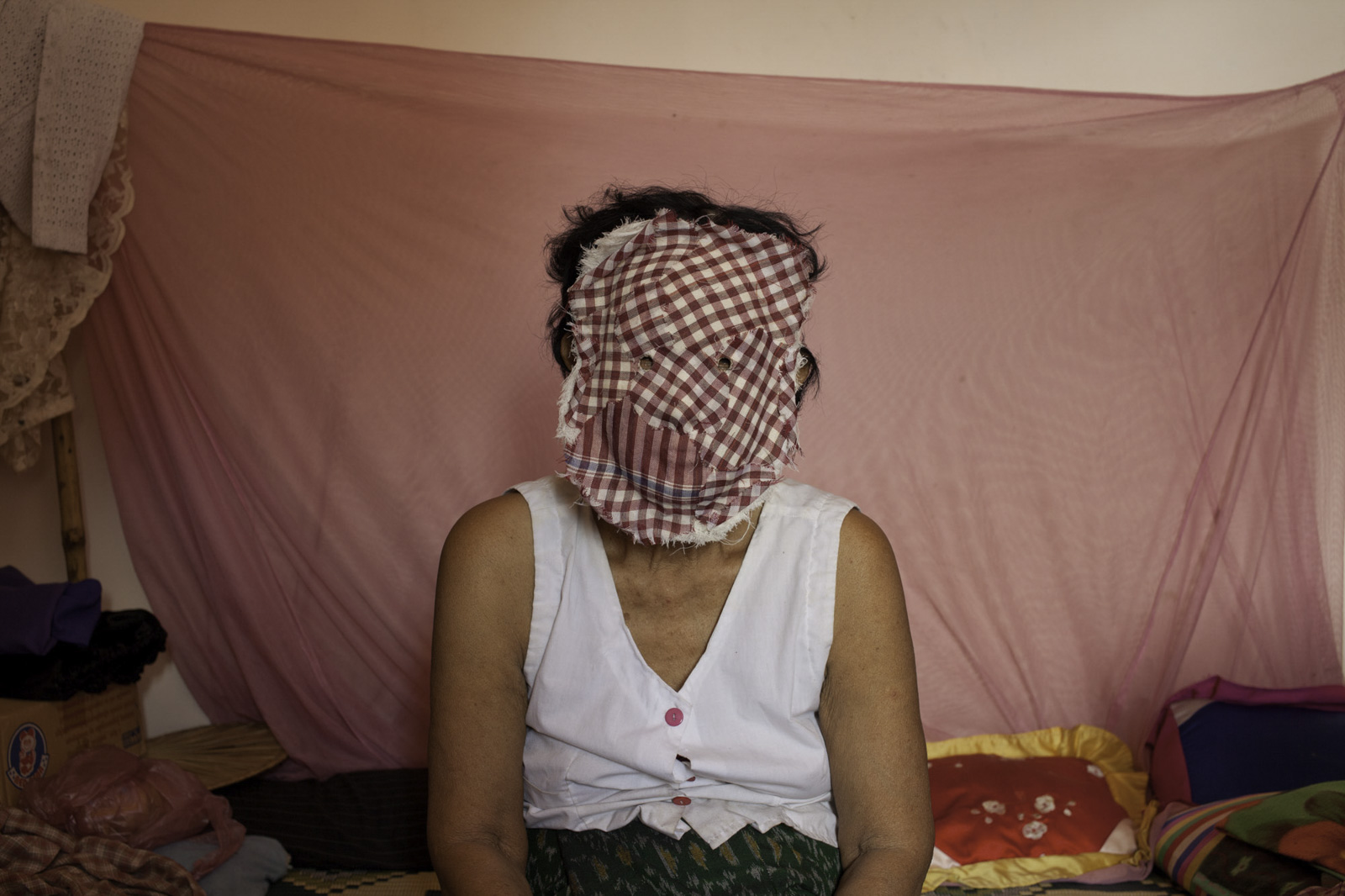 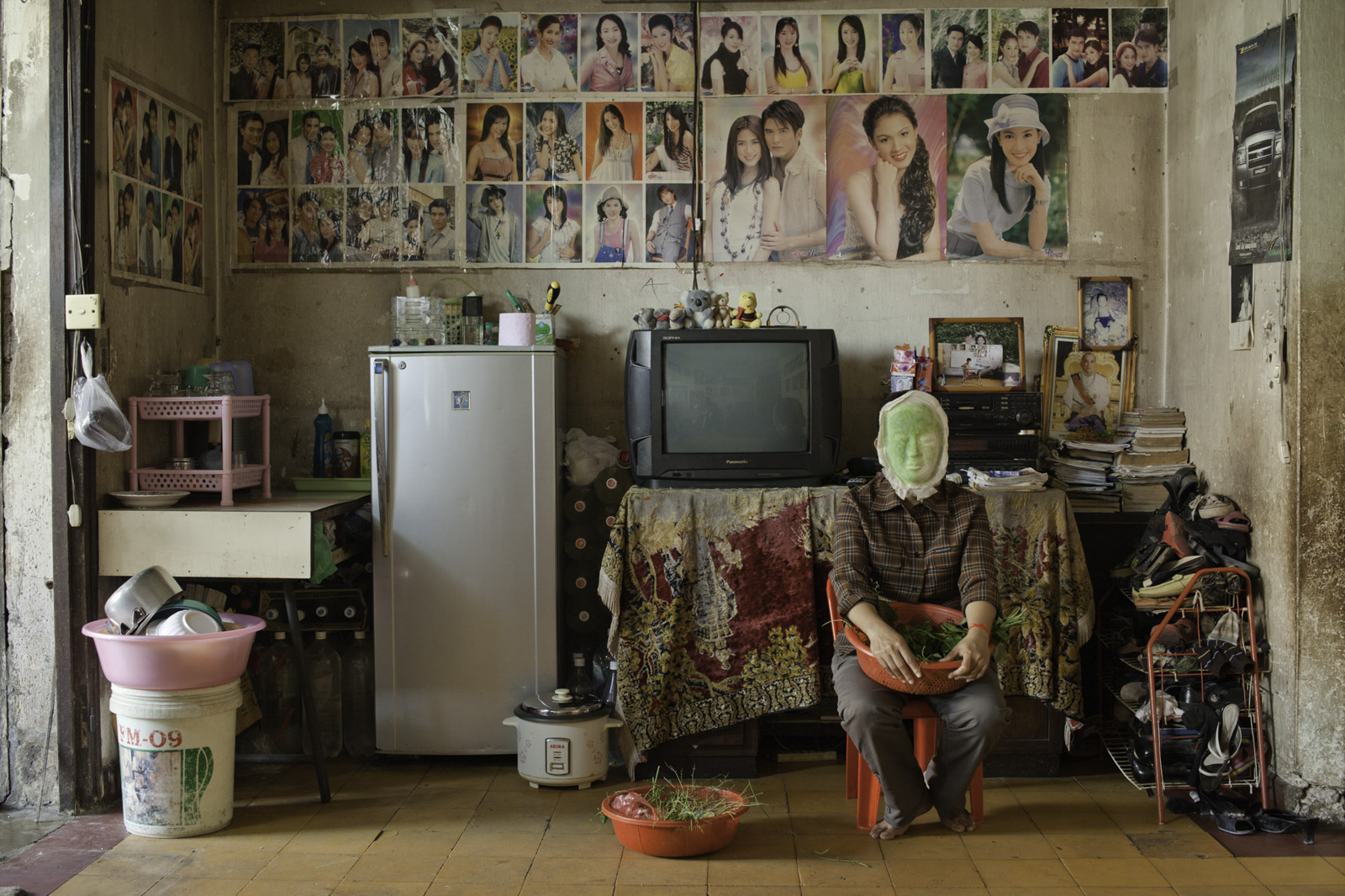 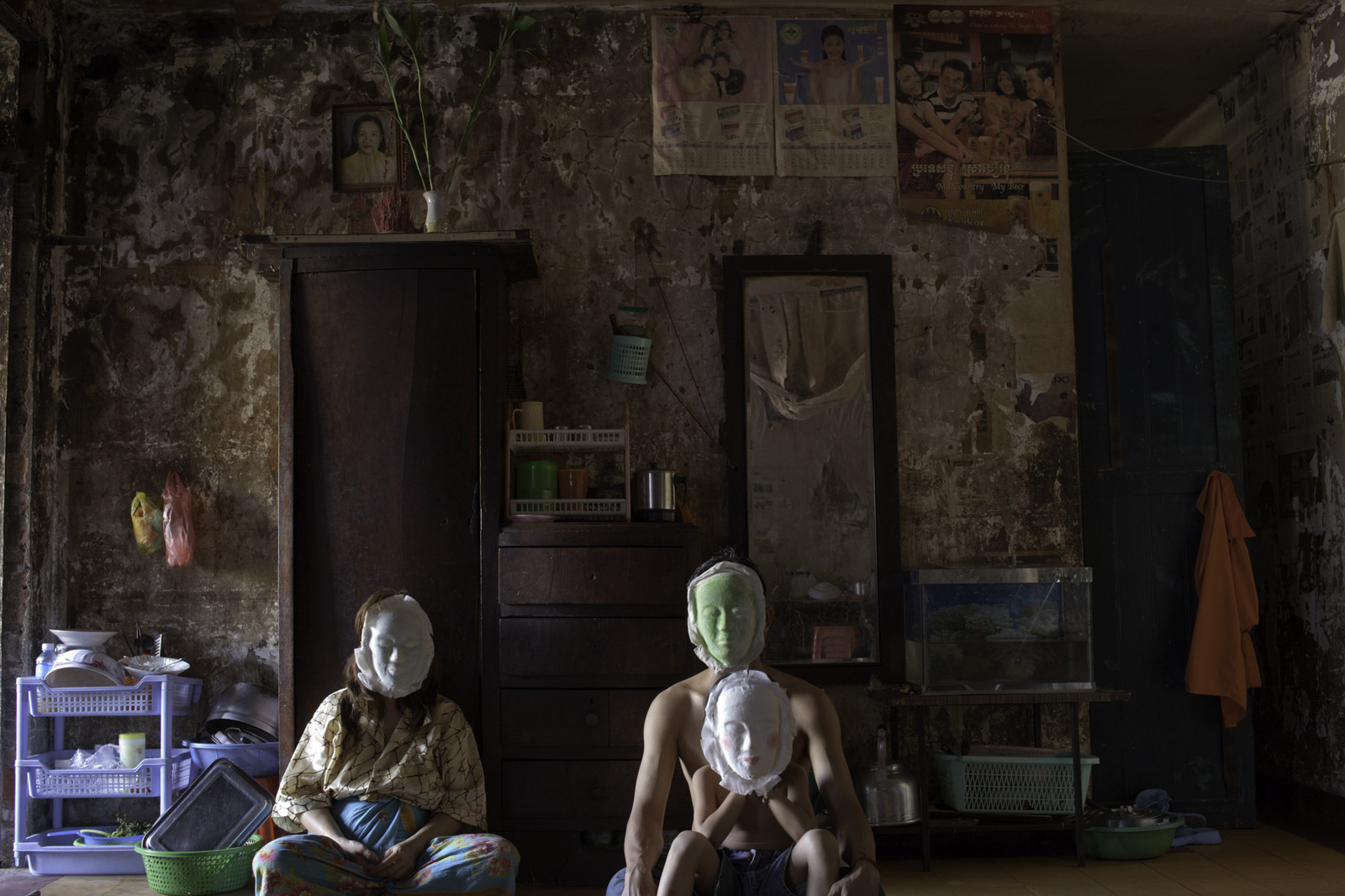 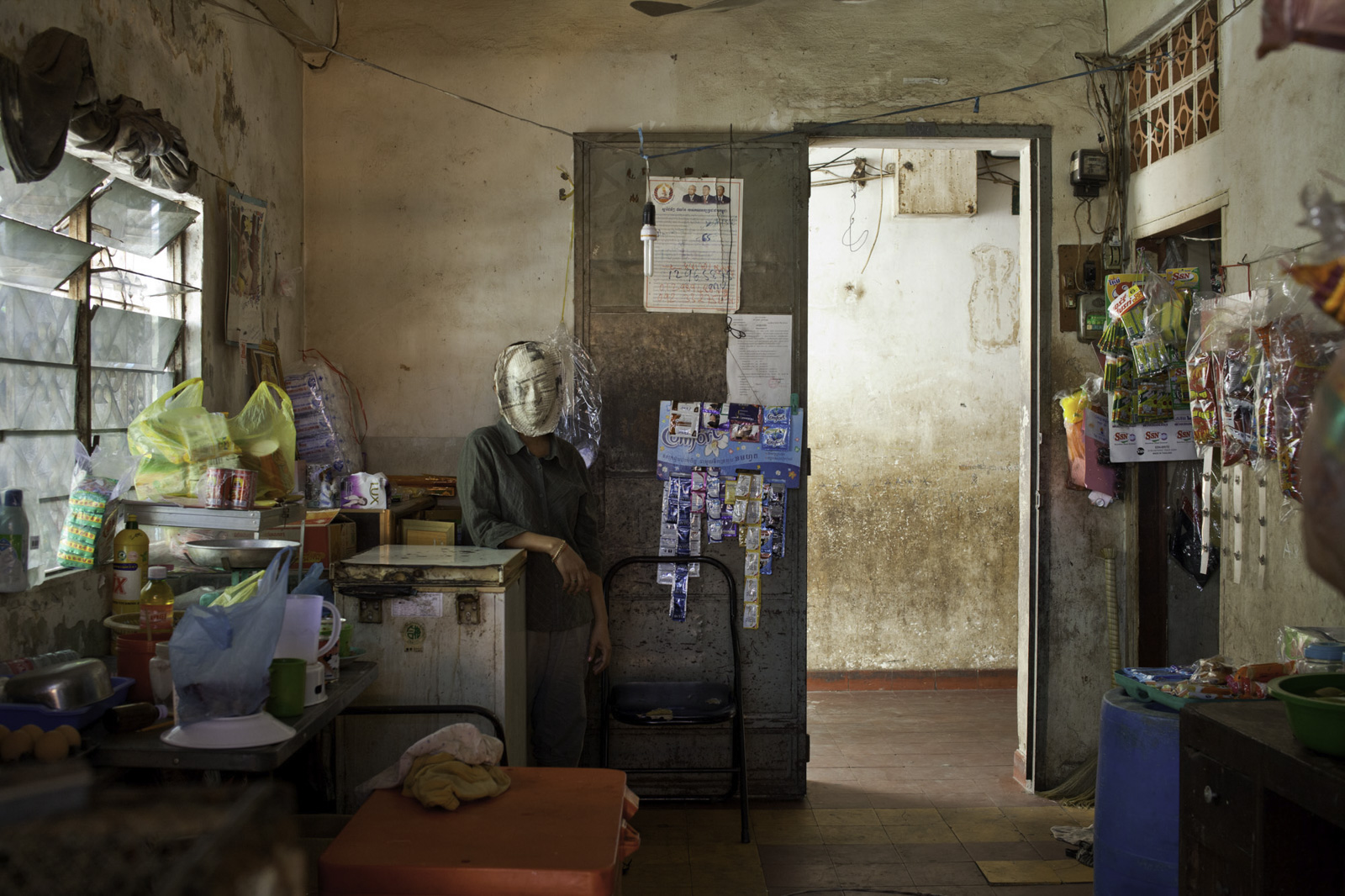 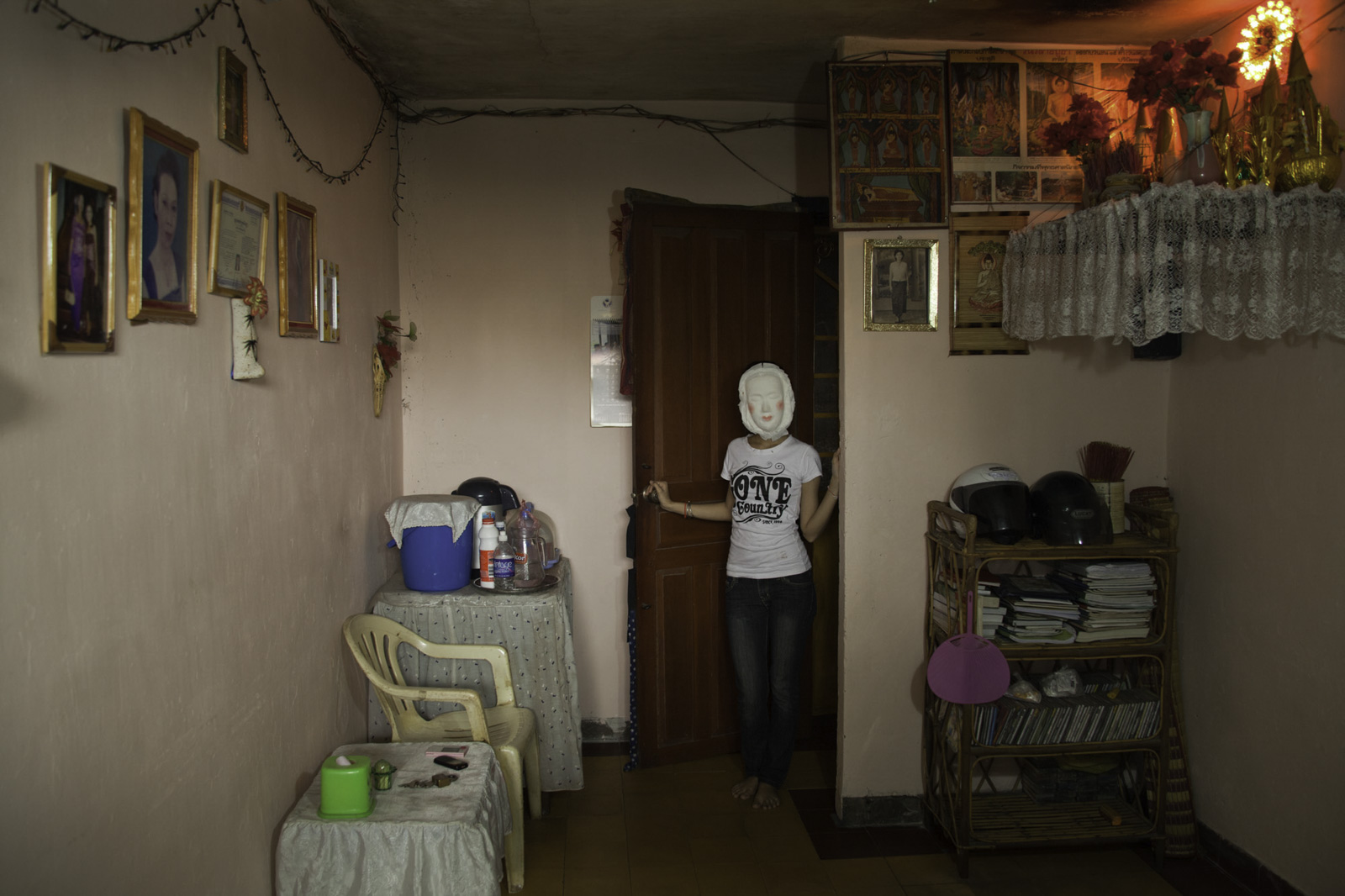 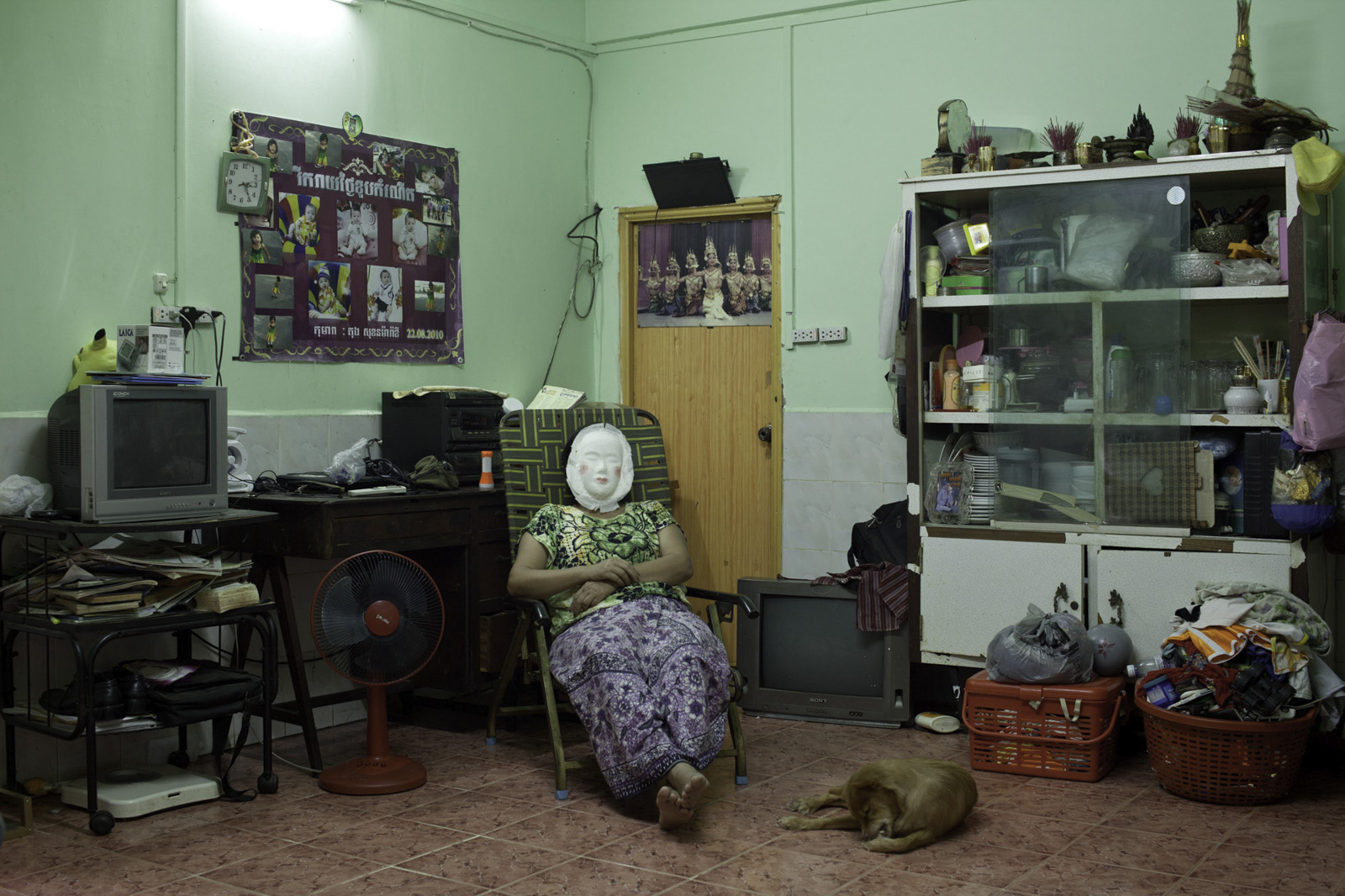 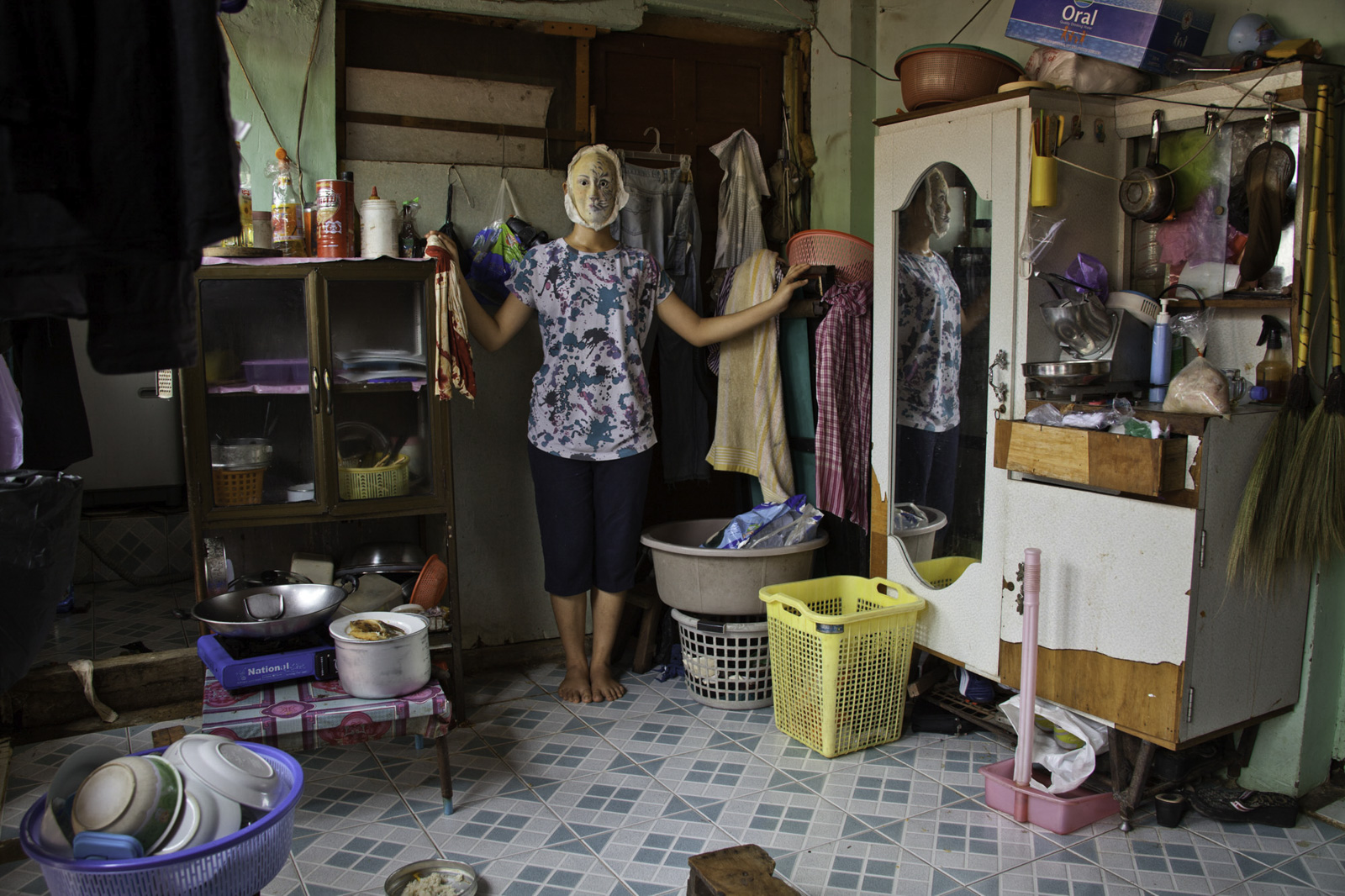 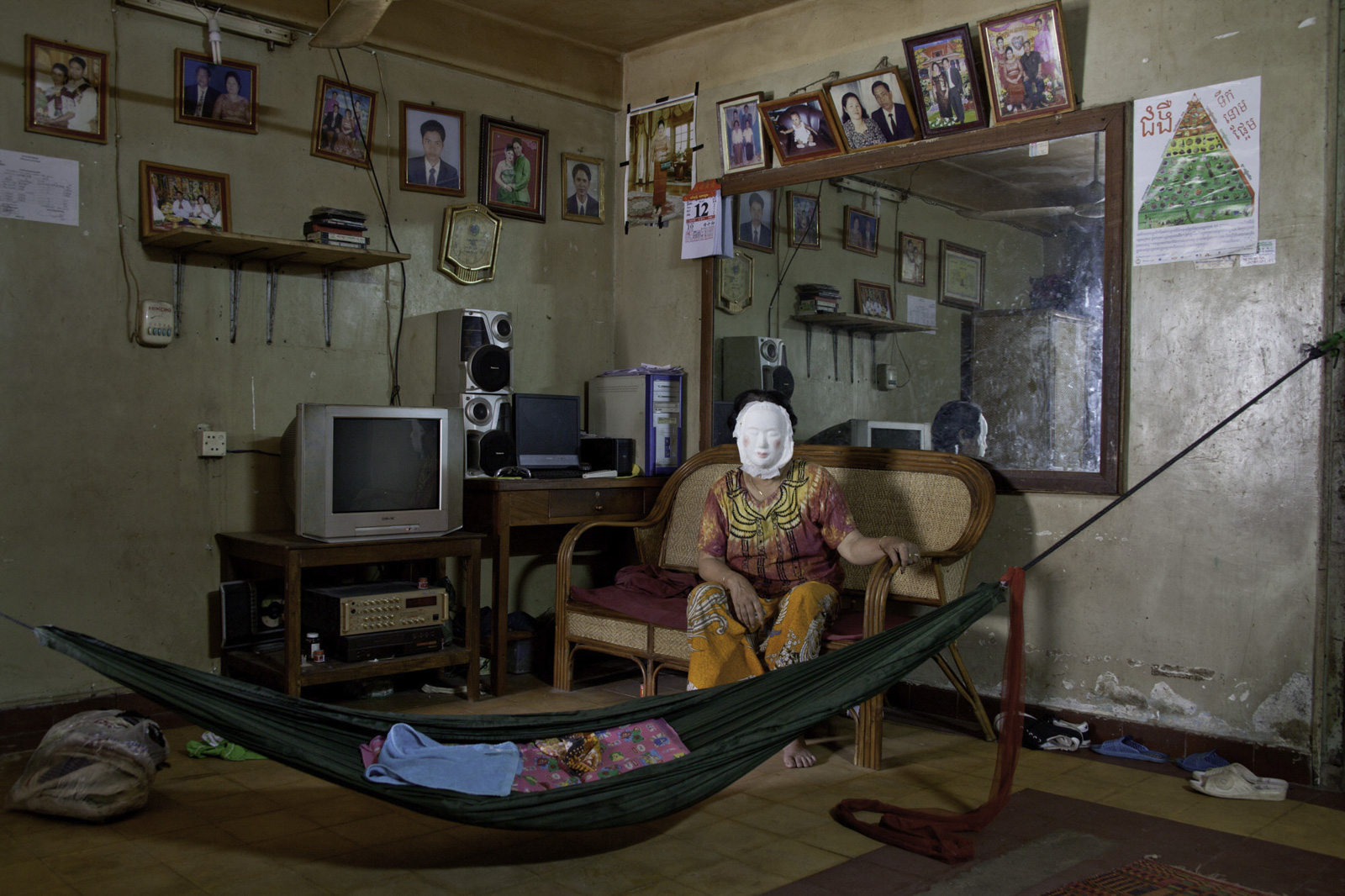 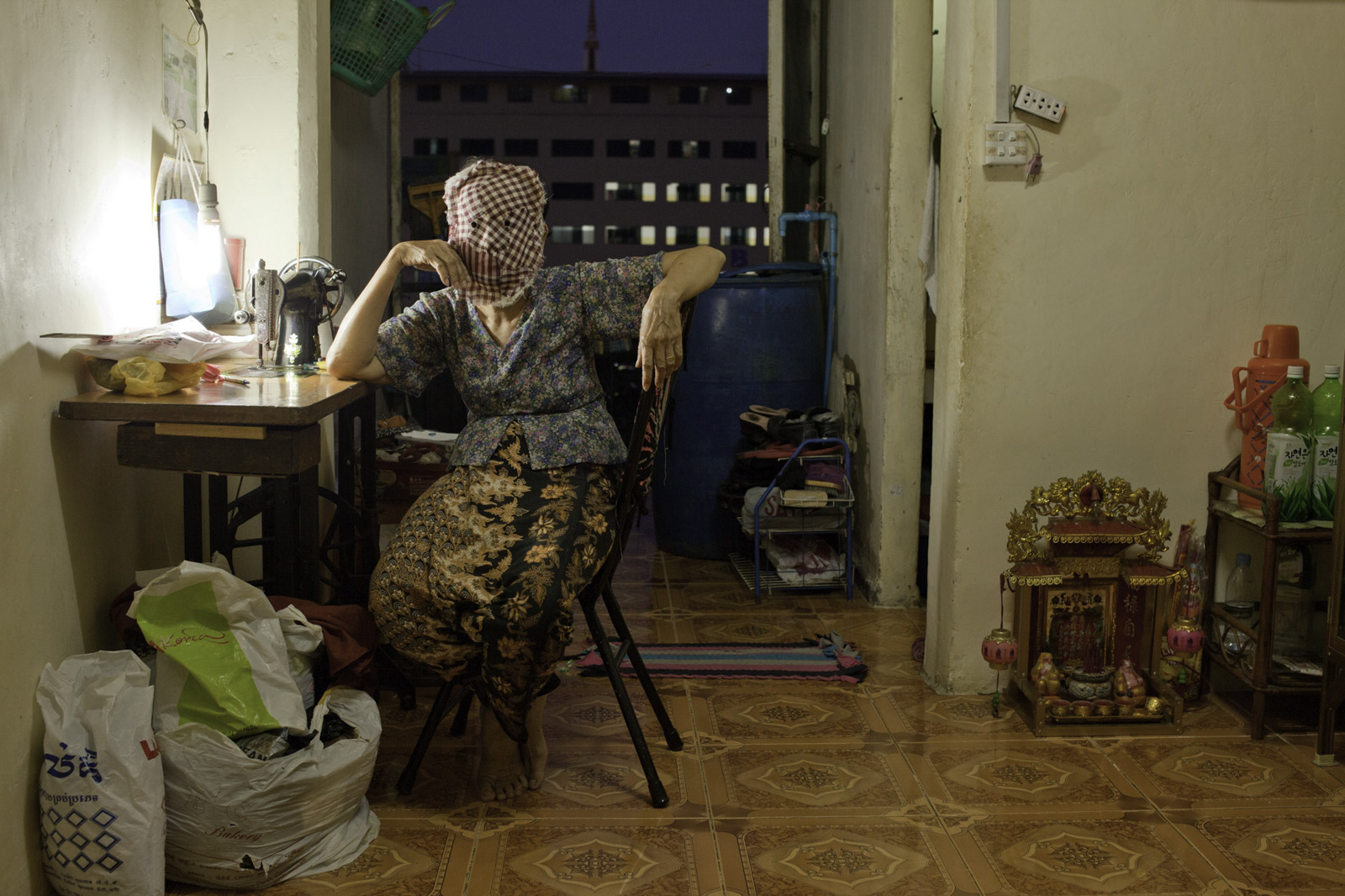 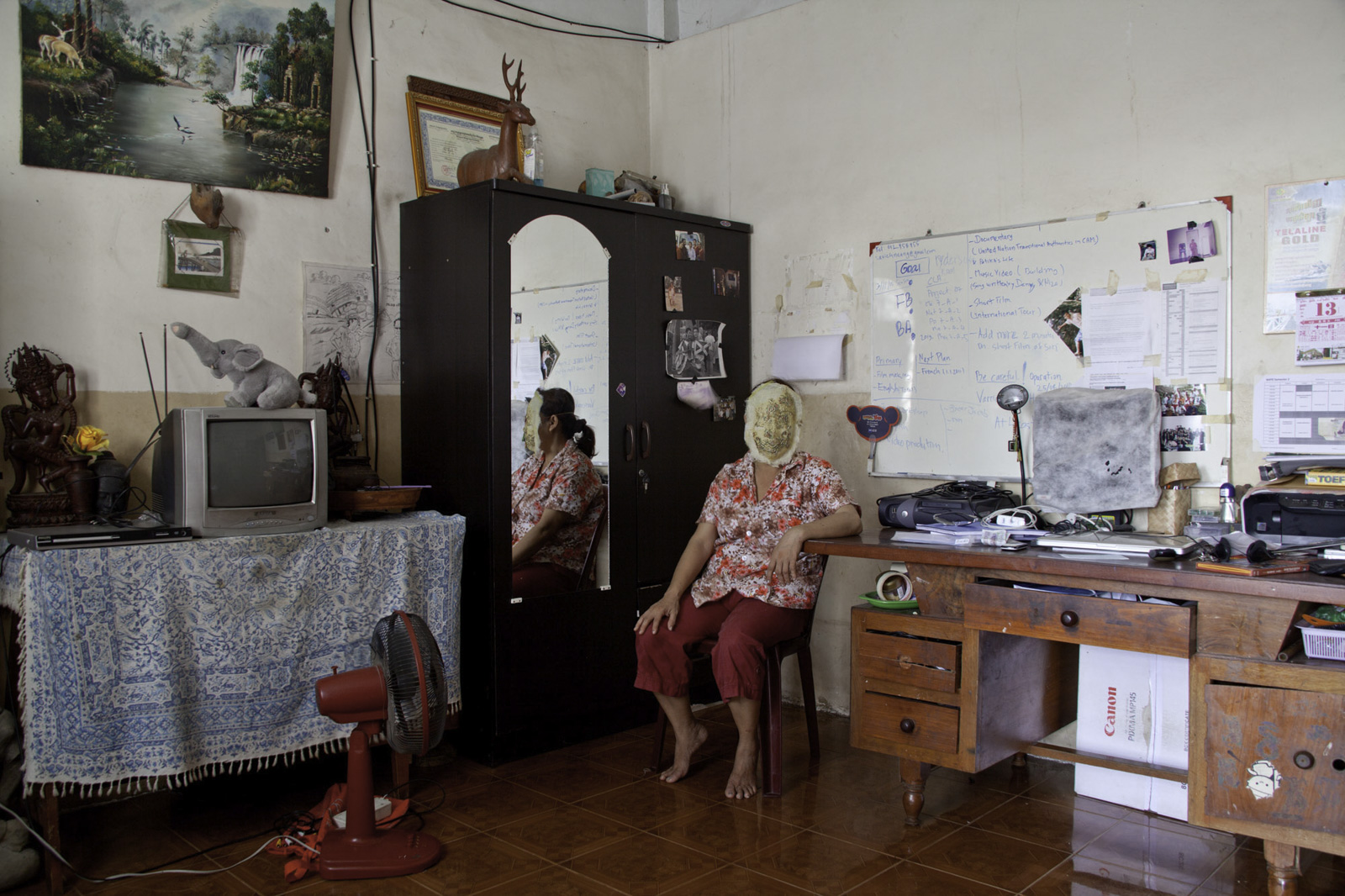 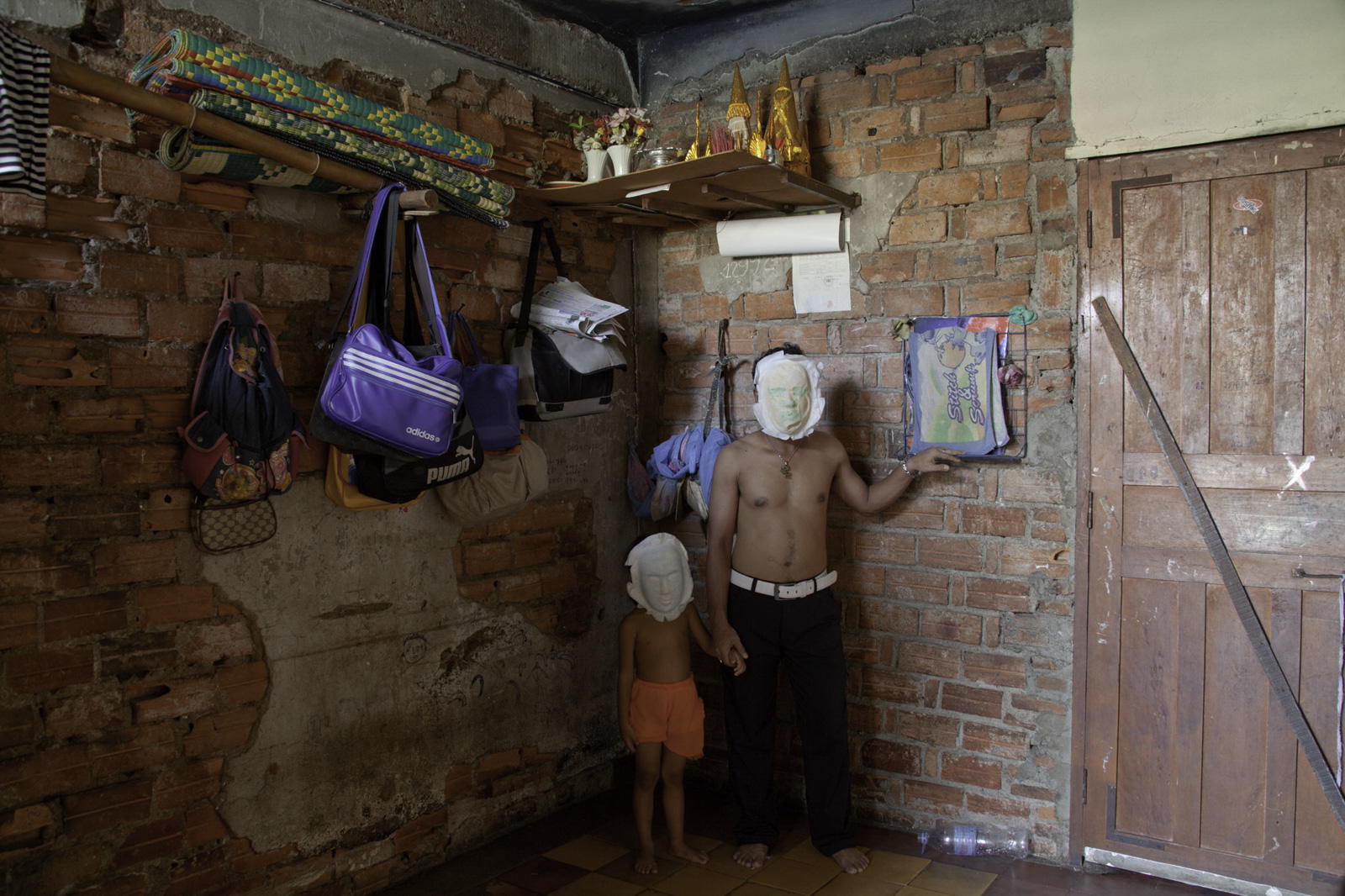 Human Nature is a series for which Khvay photographed residents of Bassac Municipal Riverfront Apartments in their living spaces. Also known as “The White Building” in Phnom Penh, the government housing project was built in the 1960s. Now, it houses an overcrowded 4,000 family units, many of whom experience social prejudice. In the photographs, Khvay’s subjects are masked, leaving ambiguous human forms. Their portraits are thus inferred from their surrounding living spaces. “My eye is a painter’s eye. When I arrived to these houses, I didn’t need to change anything, I arrived and it was like there was an installation in the room already. Like a stage, a theatre. I just need to see, to show what I saw,” says the artist. While this series is a humane documentary of the residents and their relationship with their homes, it is also reflective of social issues in Cambodia and beyond.