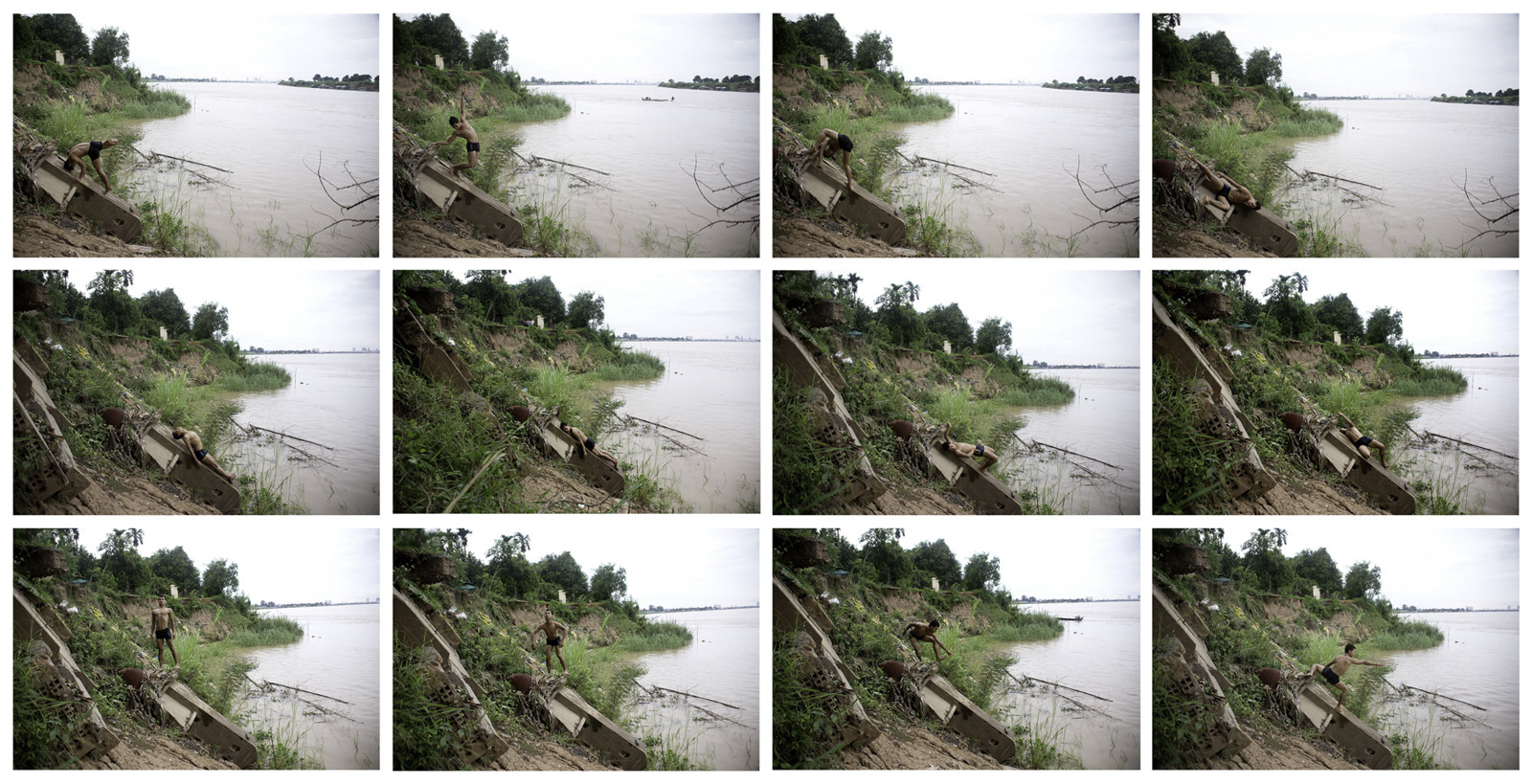 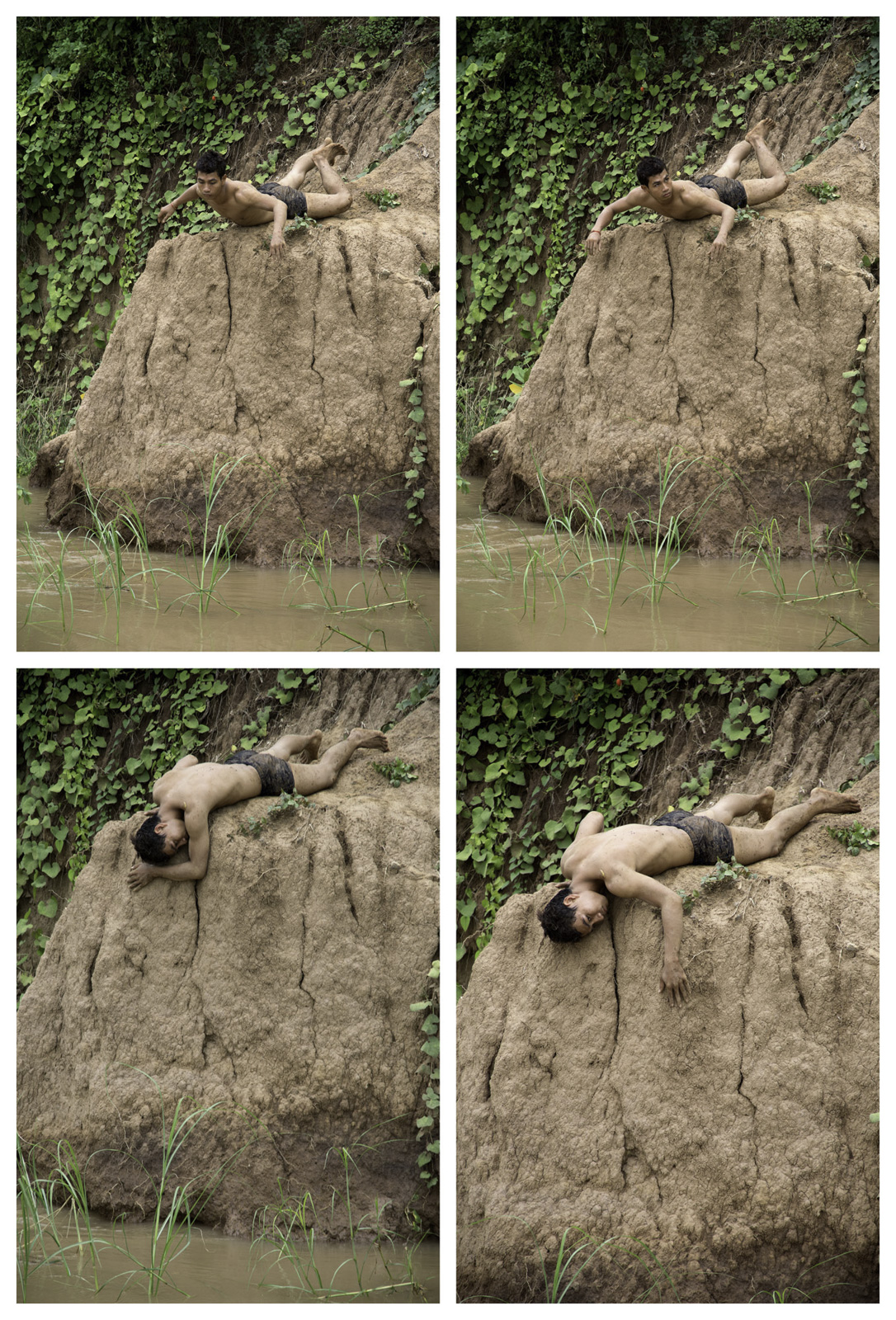 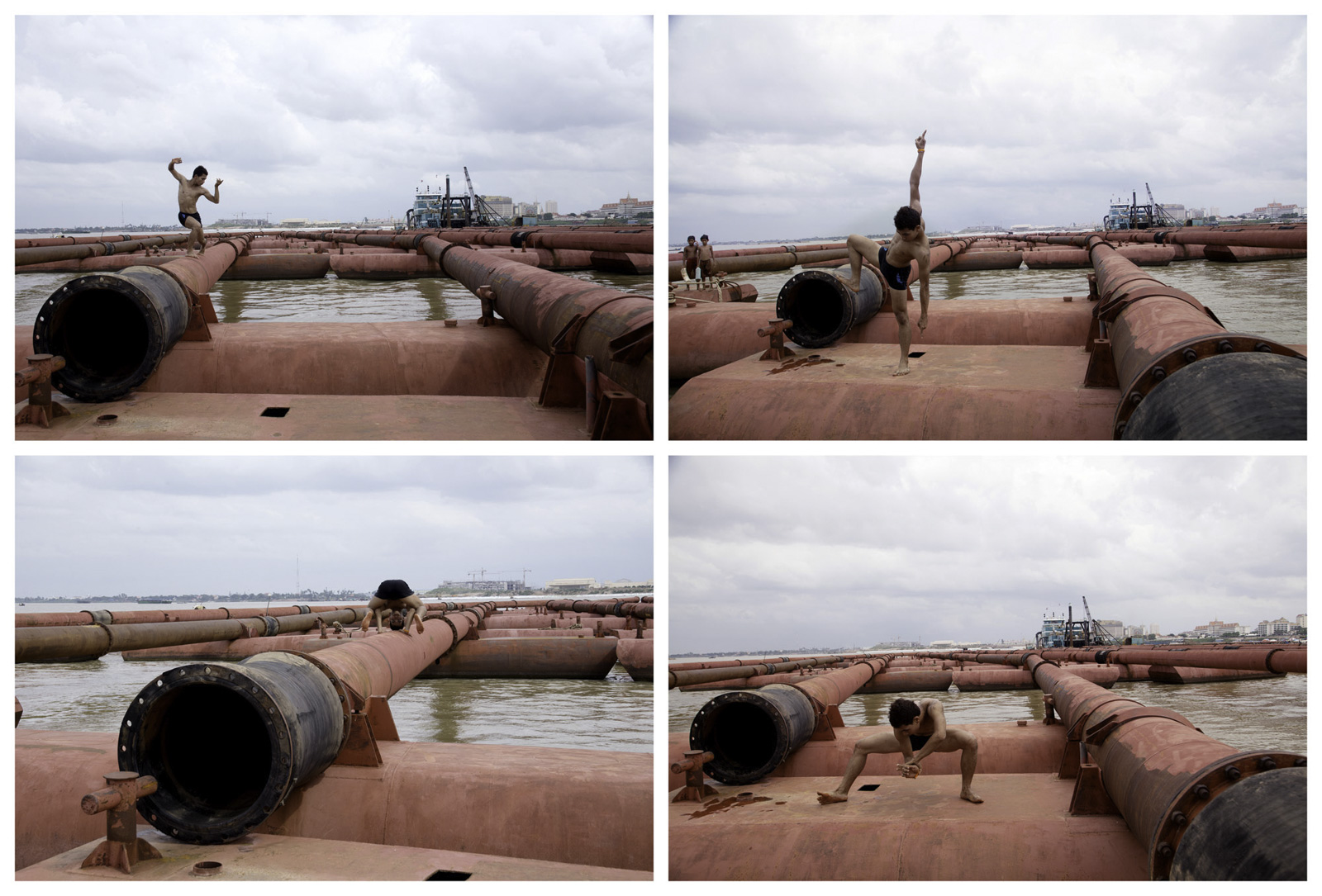 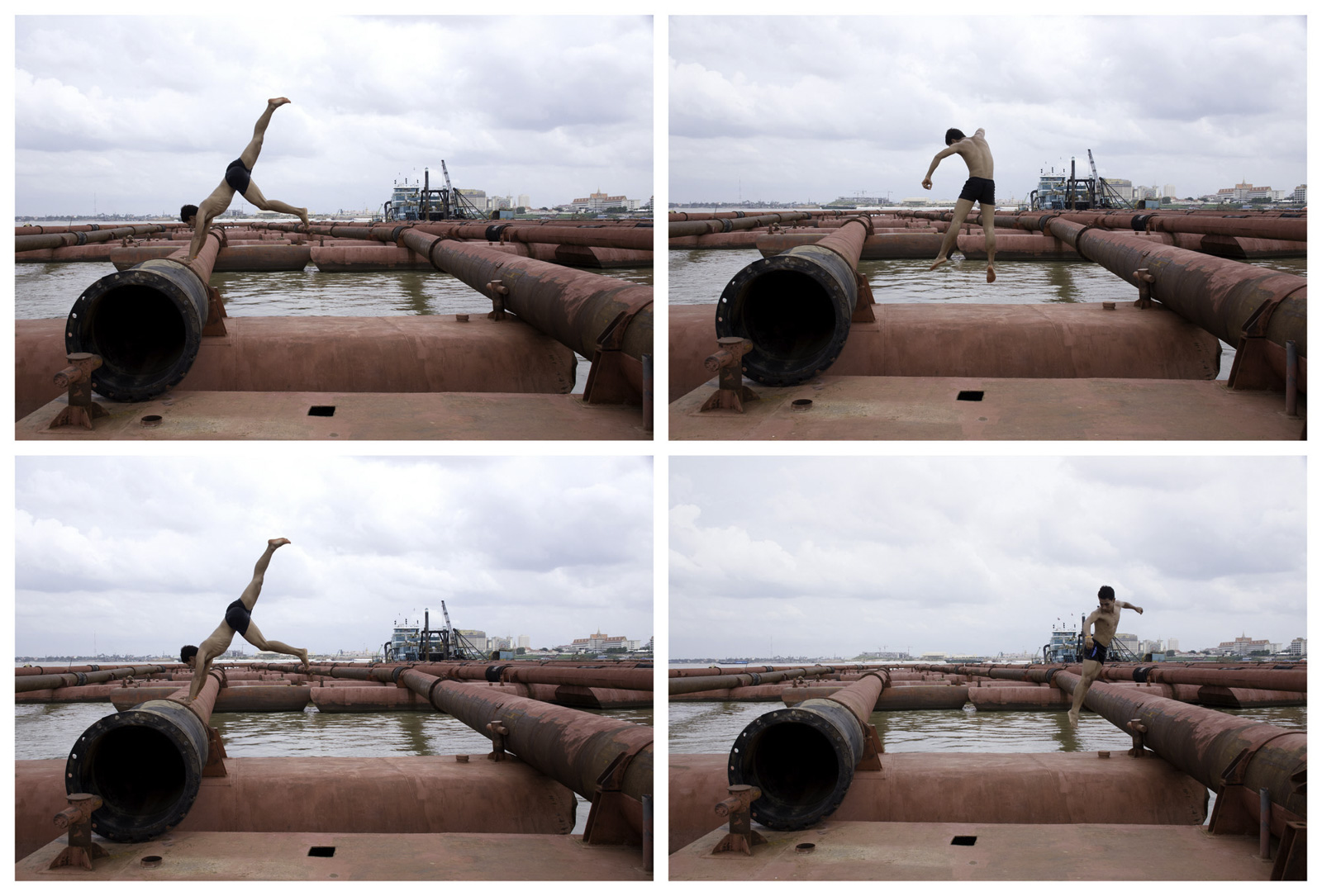 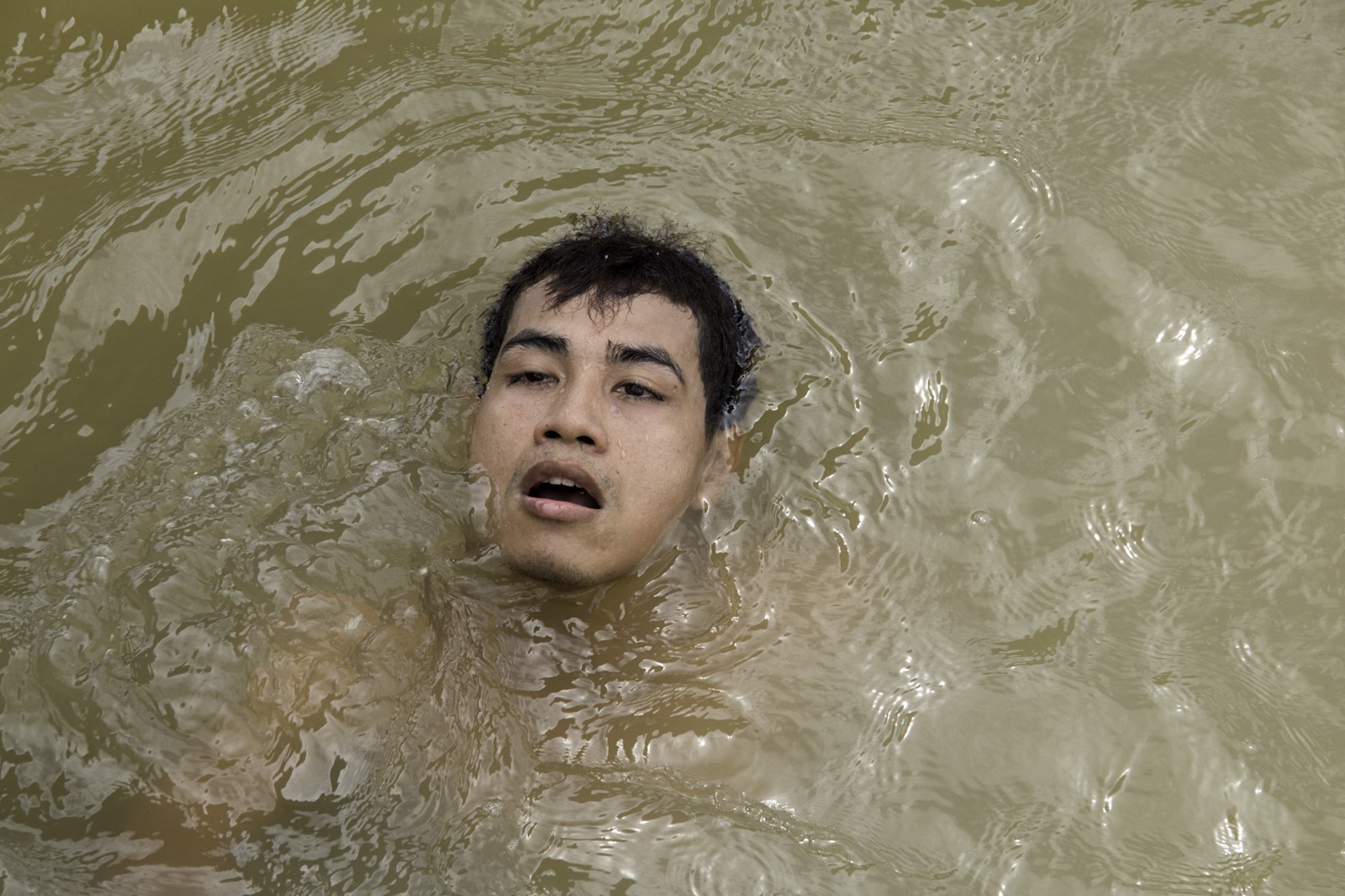 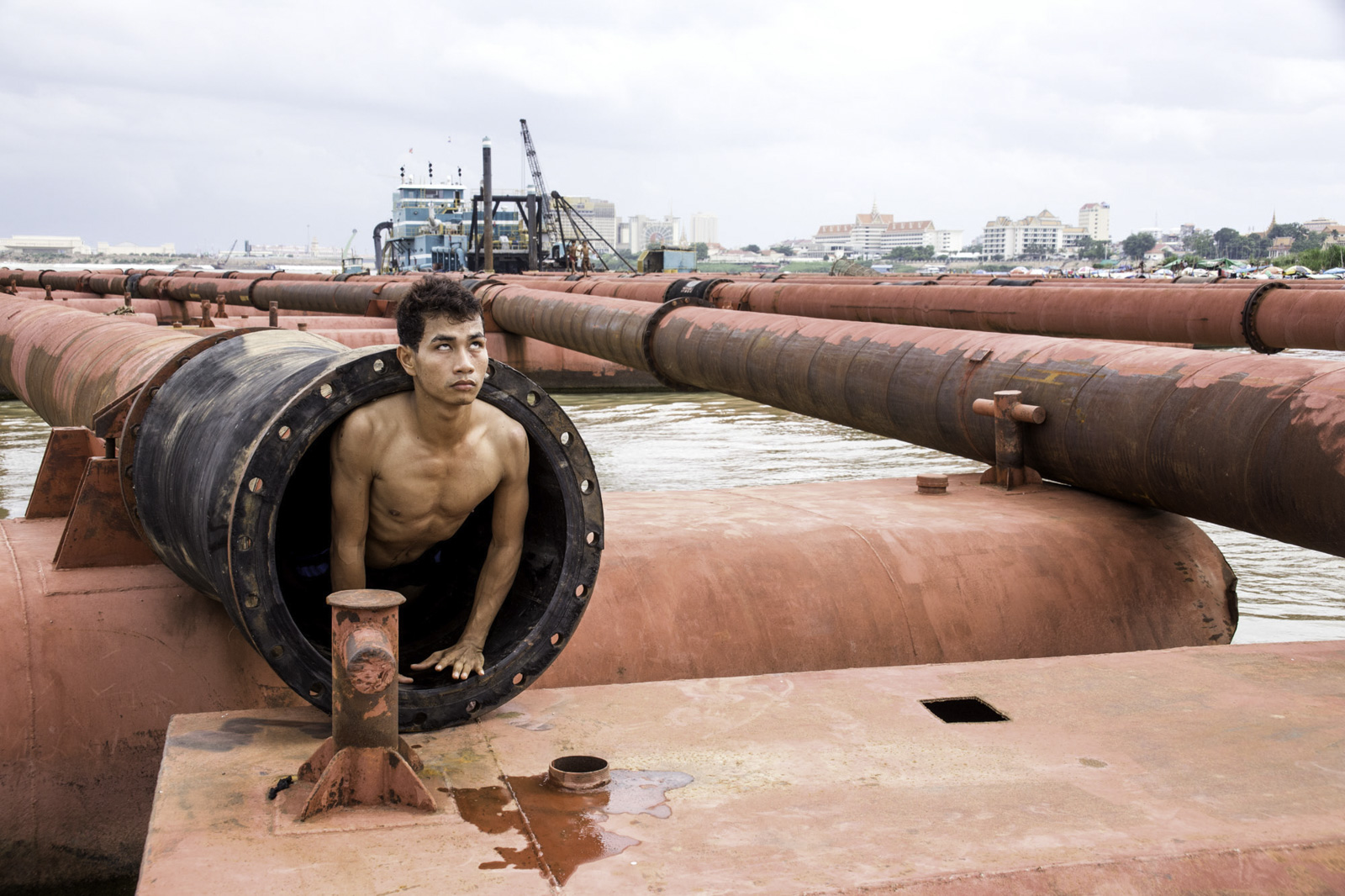 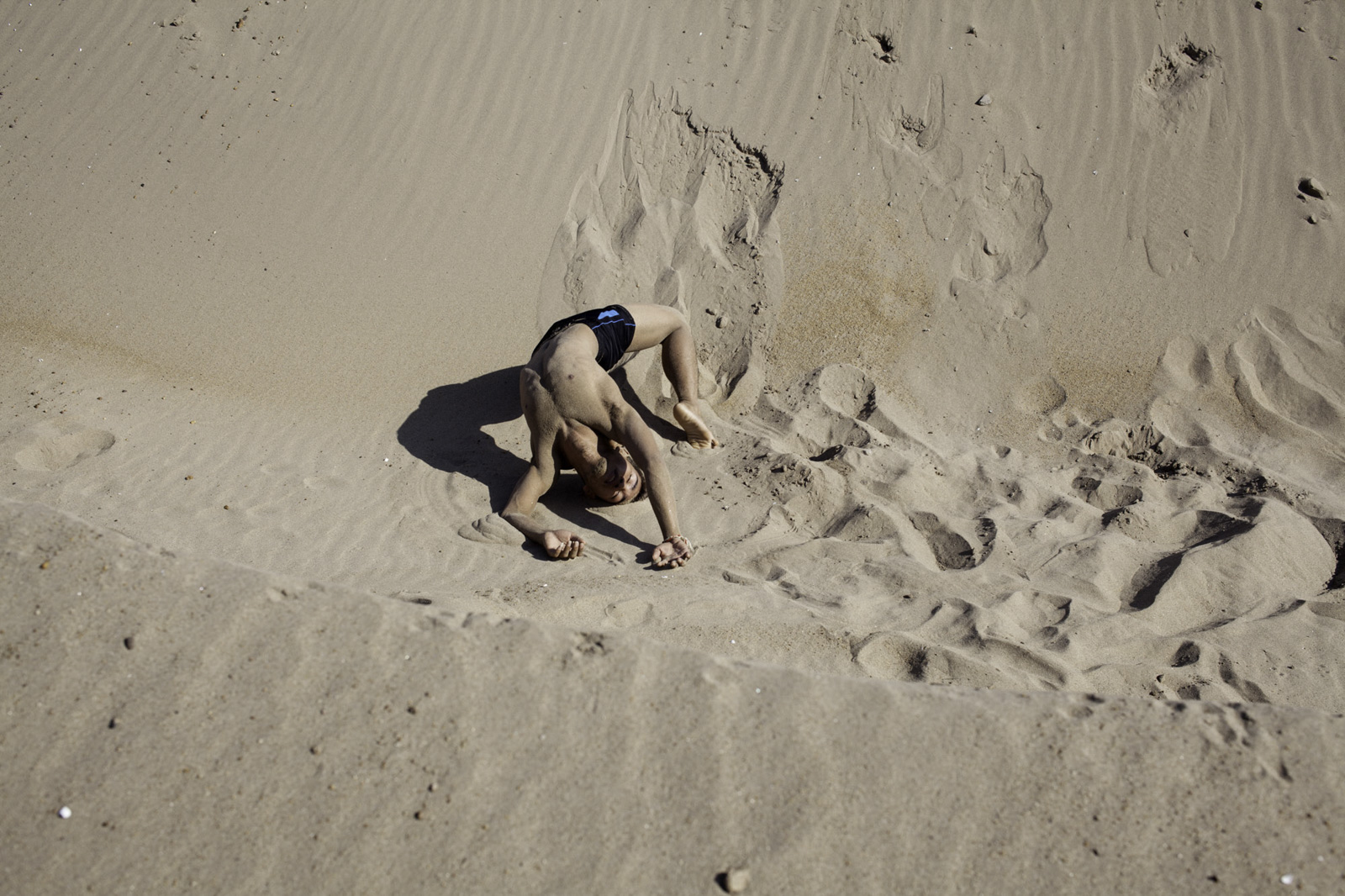 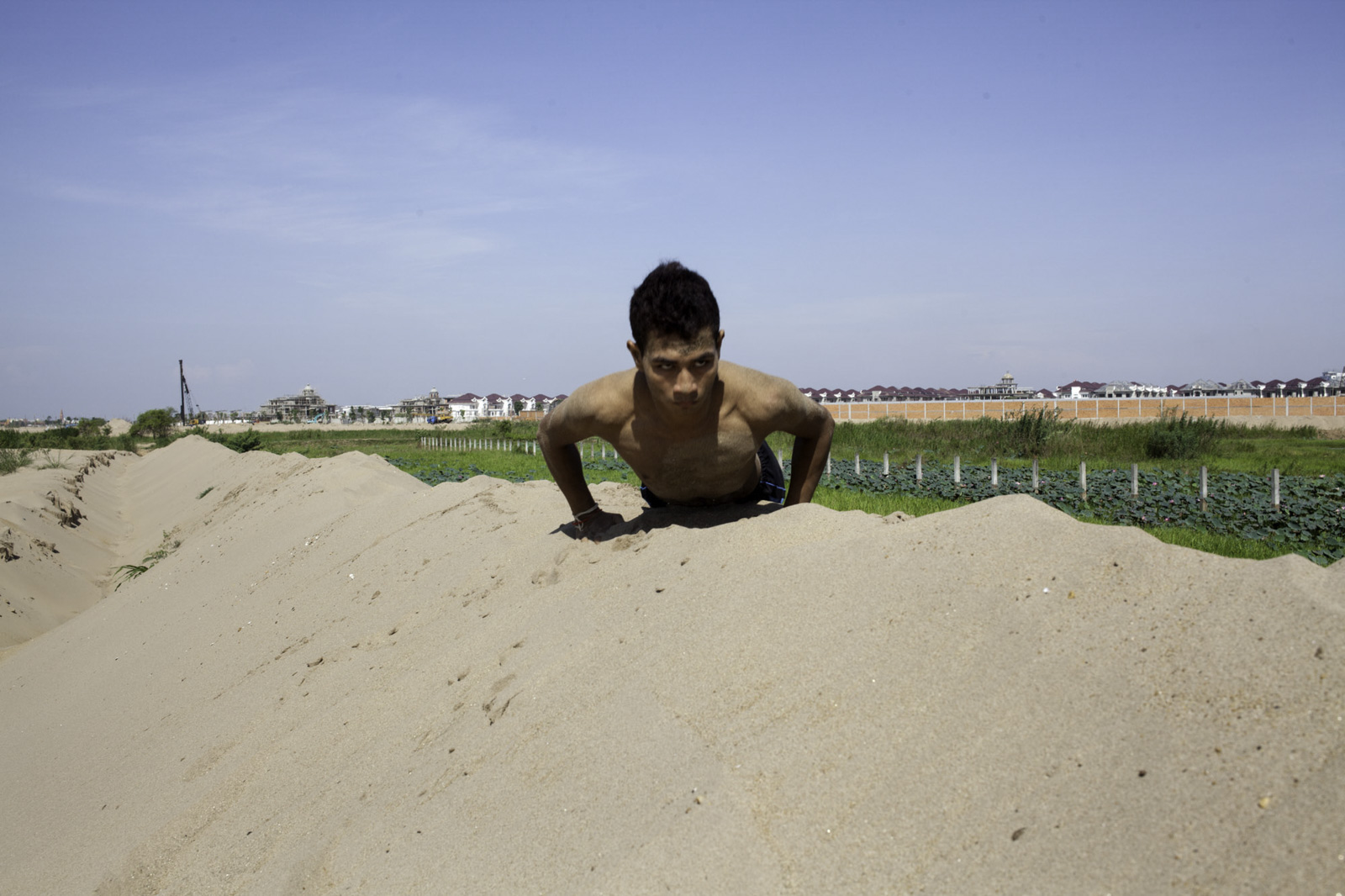 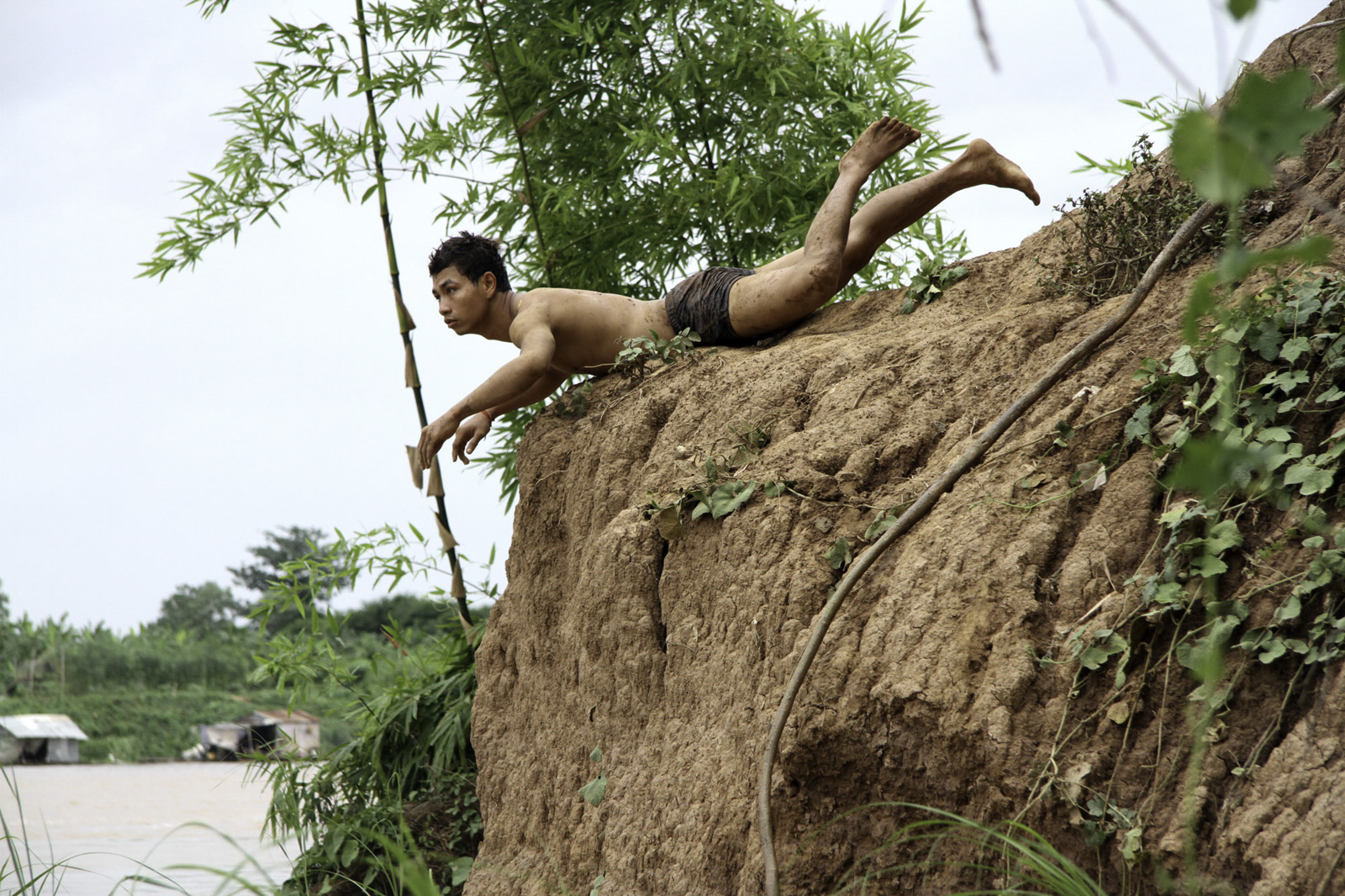 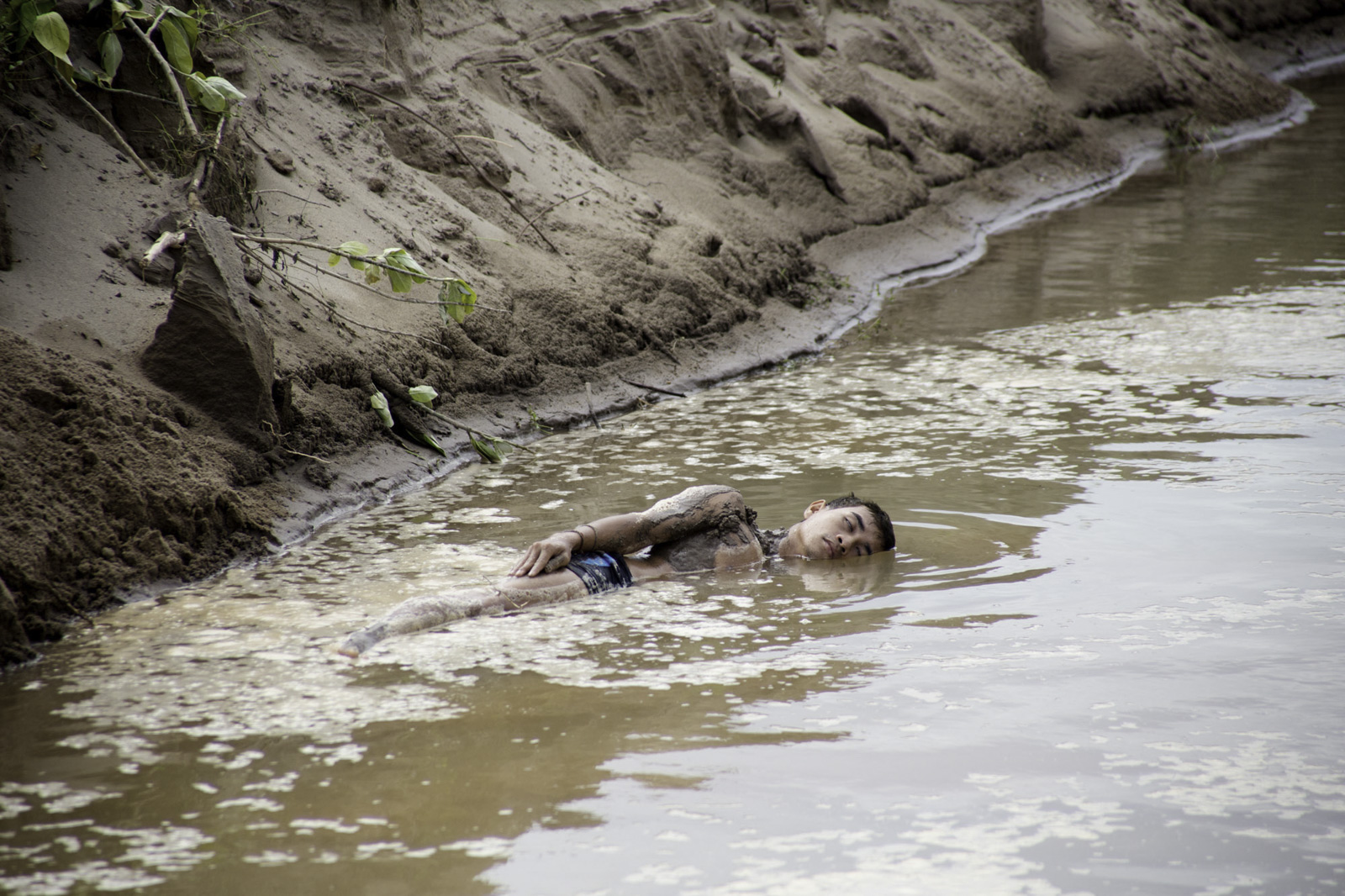 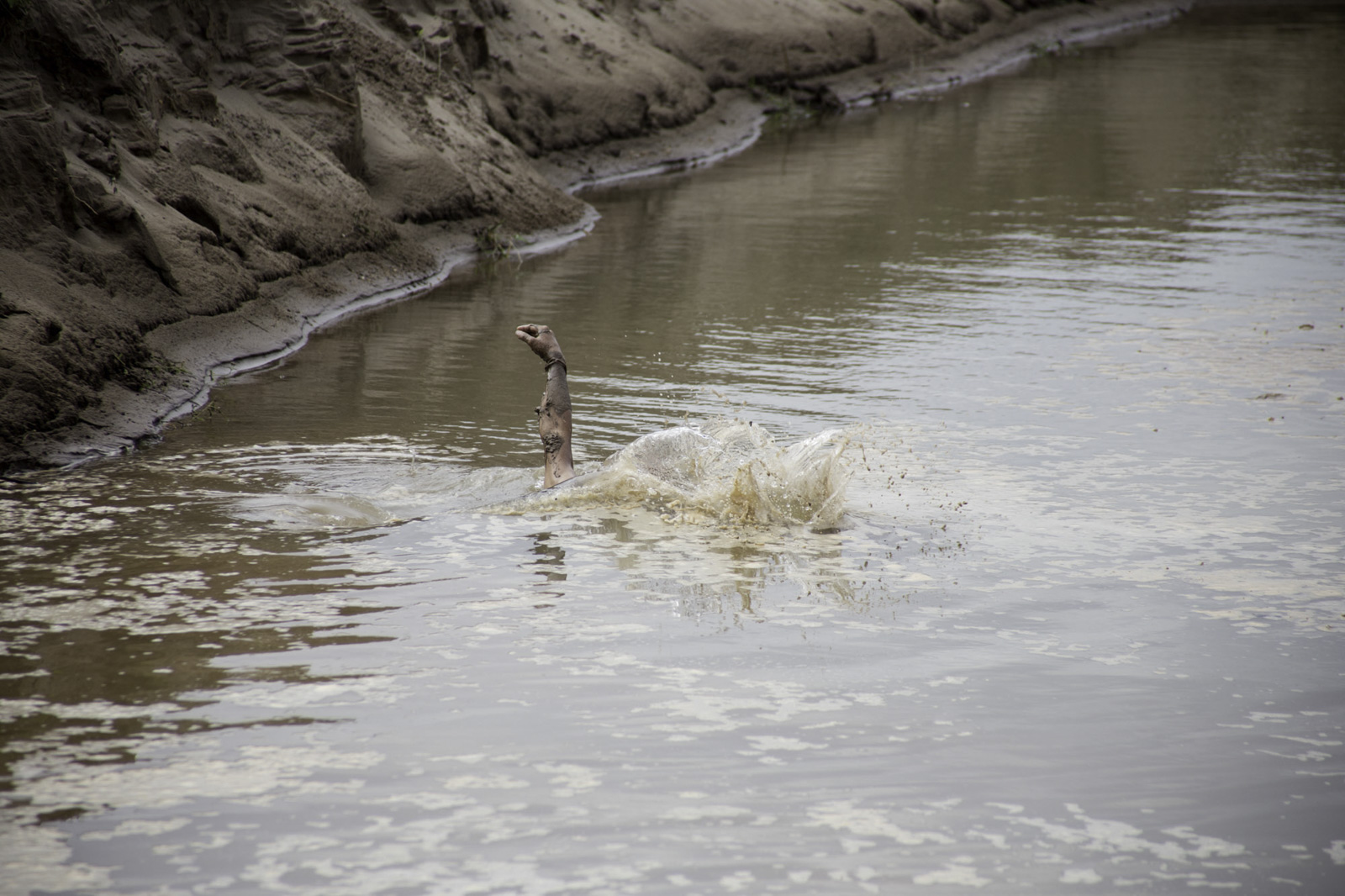 By Khvay Samnang with Nget Rady

Where Is My Land? is a mesmerizing three-channel video, which shows Rady dancing in three locations around Phnom Penh: in the sand-filled remnants of what was once Boeung Snaur, with the Peng Huot housing estate visible in the background; on the ruins of a destroyed house in a seriously eroded section of riverbank along the Mekong; and in the sand-pumping pipes in front of a Cham fishing village, with the Sokha Hotel looming.

Nget Rady’s performance in each of these locations responds to the intensity of the physical environment. While Rady is classically trained in the lkhon khol tradition, in Where Is My Land? little trace of recognizably Khmer dance gestures can be seen. The dance is mostly improvised, with fine muscle twitches and expressive looks creating a sense of intimacy with the camera and viewer.

Khvay Samnang’s direction alternates between close-up shots lingering on these details, and wide-angle views of the hauntingly unnatural-seeming environments. A tantalizing narrative begins to emerge, with the dancing figure appearing displaced, disturbed, desperate.

Several hundred homes have fallen into Cambodia’s rivers in recent years, and several deaths have been reported. Villagers blame the extreme erosion on sand-dredging barges and pipelines, the sound of which torments them day and night. With few options for compensation and little if any access to the luxury developments for which the sand is being mined, many are left wondering: Where Is My Land?