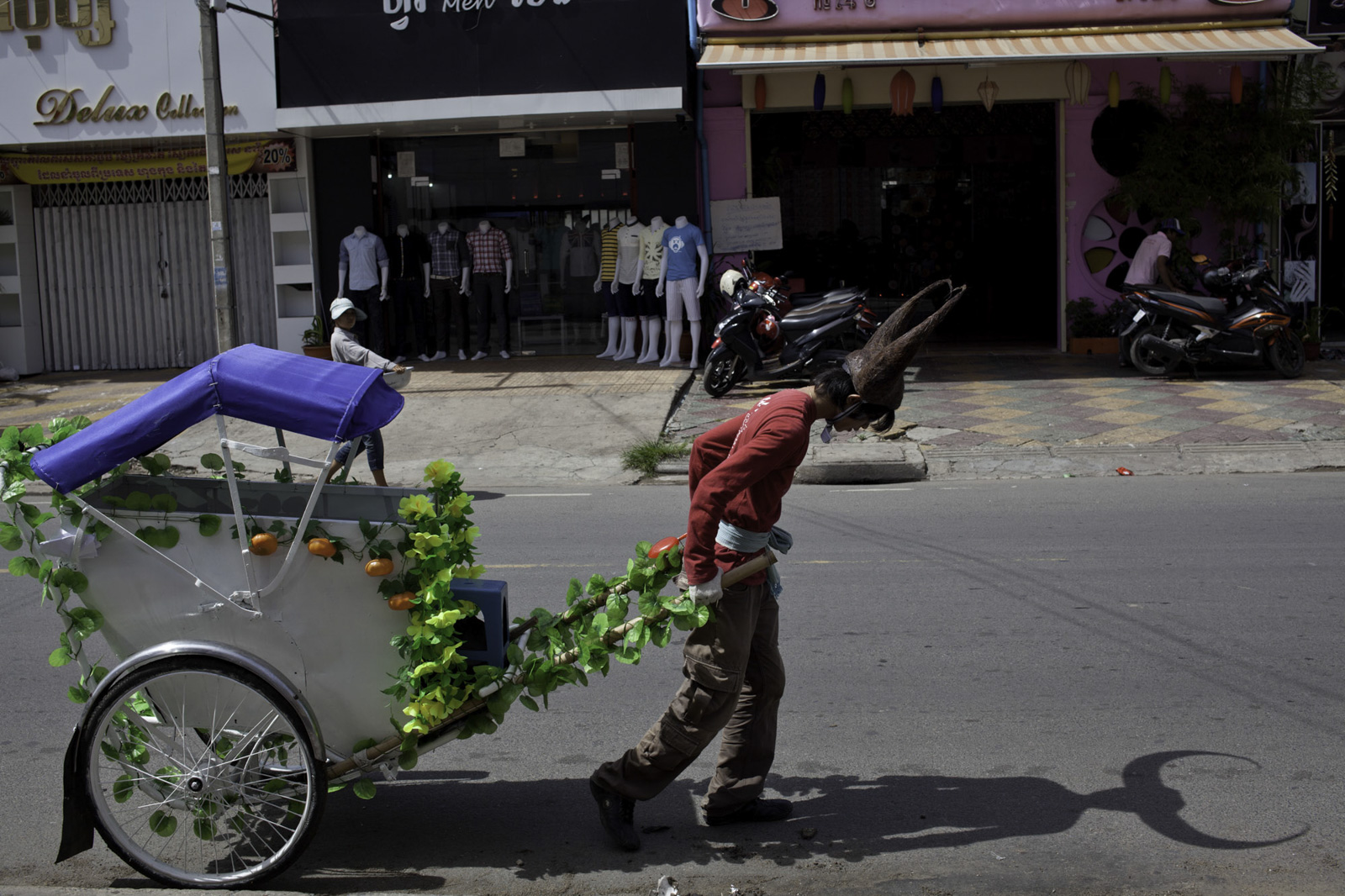 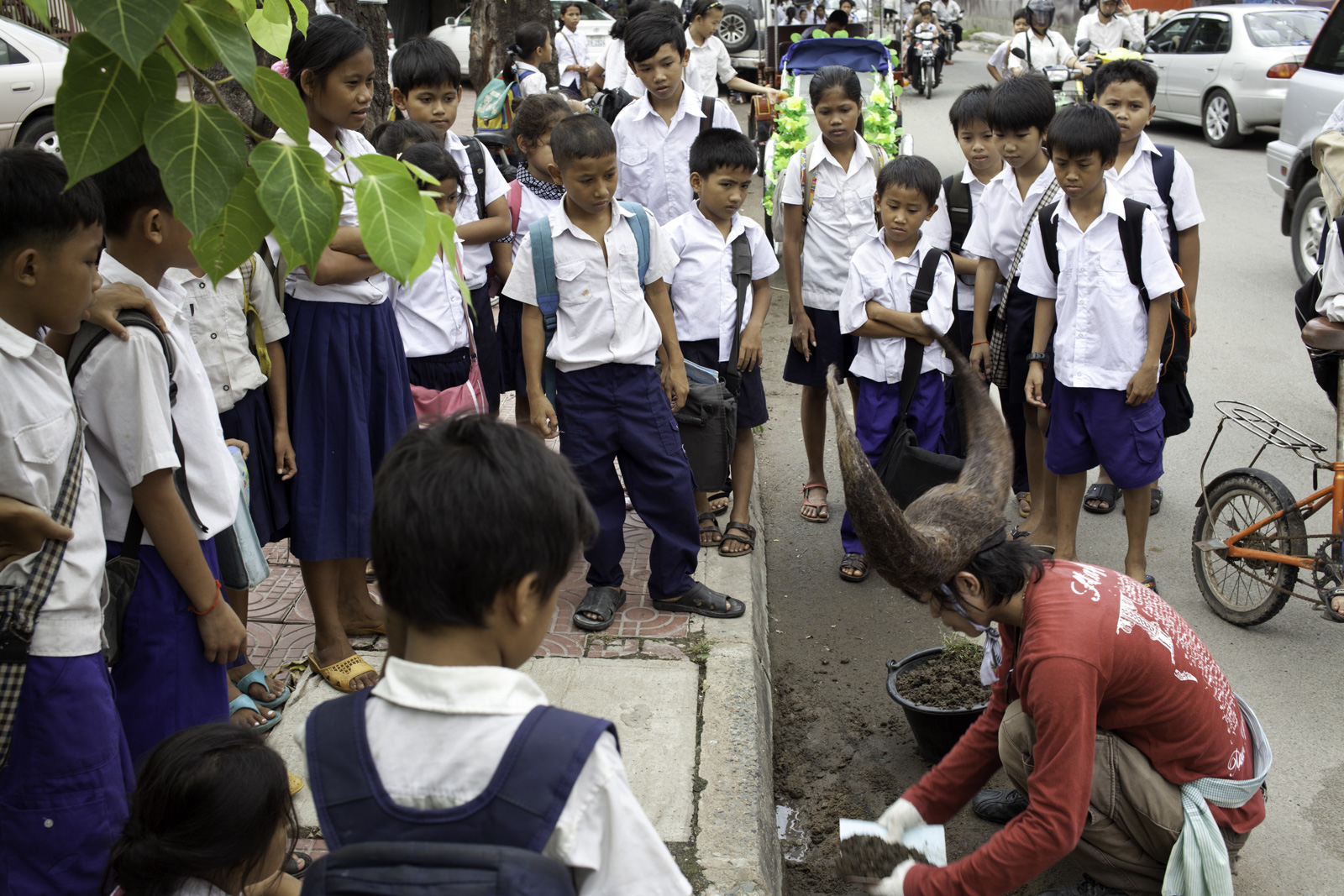 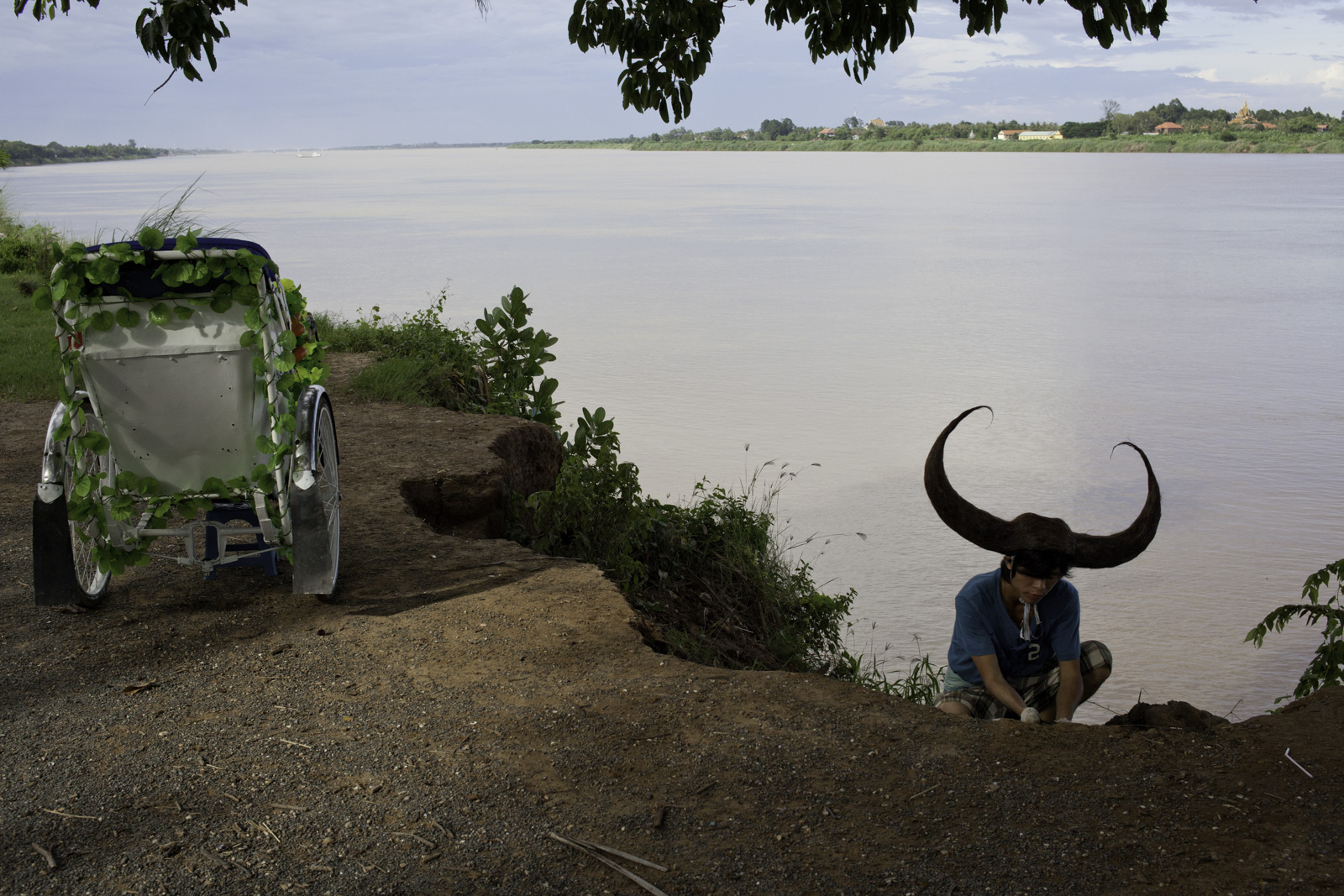 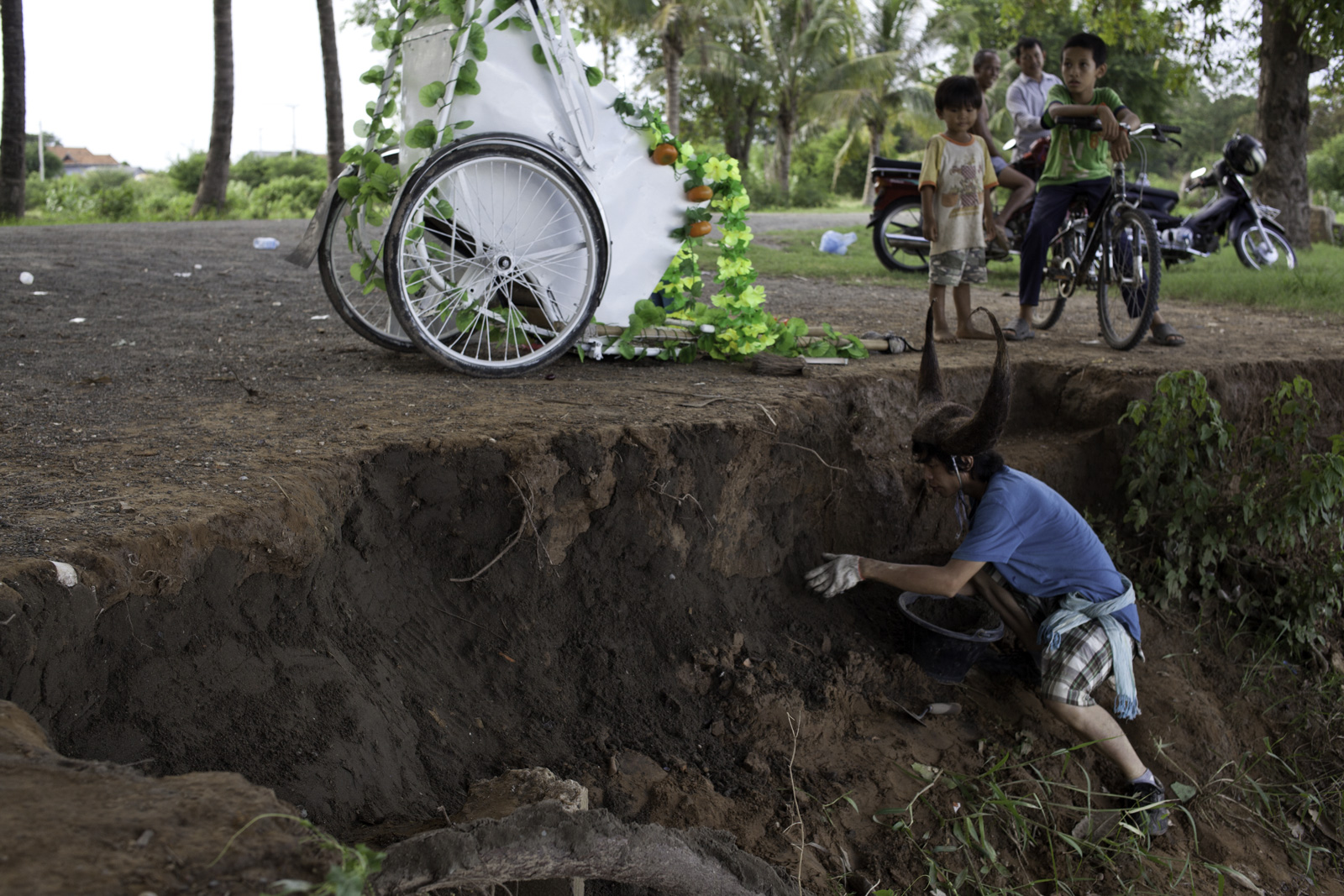 In a 2011 performance in Phnom Penh, Samnang Cow Taxi Moves Sand, the artist elaborated this impulse to help his community, practically and symbolically. This time, Khvay walked the city’s streets, filling his rickshaw with sand collected from low-lying areas. By ‘cleaning his city’ in this way, the artist pointed to the environmental after-effects of increased flooding, caused by the government-sponsored in-filling of Phnom Penh’s urban lakes with sand. Wearing the same horns as in the Asakusa performance, the figure of Khvay was at once familiar and humorously bizarre to local audiences.

Once it was filled with sand, the rickshaw was pulled to a site of rapid erosion on the outskirts of Phnom Penh. The artist used the sand and dirt he had collected to attempt to repair the root system of an ancient Bodhi tree, significant to the local Buddhist community and in danger of collapsing into the Mekong River. Khvay believes that the rapid erosion seen in many areas near Phnom Penh is a result of the dredging of sand from rivers, to use to fill in the city’s lakes. Samnang Cow Taxi Moves Sand  is one of a series of projects in which the artist has considered the far-reaching effects of this urgent issue, which also includes 2011’s Untitled  (in which the artist enters lakes as they are being destroyed) and Newspaper Man , a video filmed on a lake filled with sand.